Are all pictures and statues graven images of idols? No.

Do you have pictures of your family?  We do.

Do you worship "graven images" of your mother?  Neither do we. 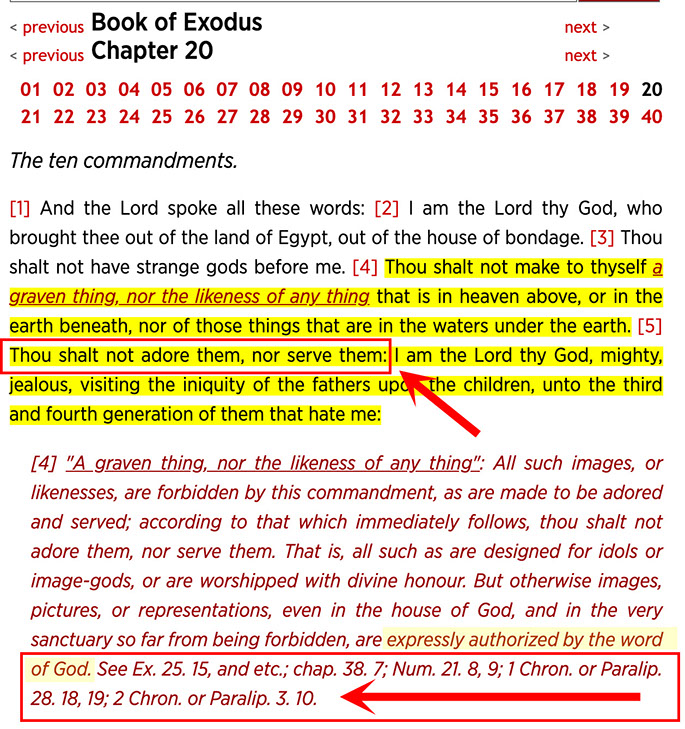 see the examples of Noah, Moses, Beseleel, and King Solomon

Noah commanded by God to make statues of cherubim for his Ark:

“And thou shalt put in the ark the testimony which I will give thee.  Thou shalt make also a propitiatory of the purest gold: the length thereof shall be two cubits and a half, and the breadth a cubit and a half.  Thou shalt make also two cherubims of beaten gold, on the two sides of the oracle.  Let one cherub be on the one side, and the other on the other.  Let them cover both sides of the propitiatory, spreading their wings, and covering the oracle, and let them look one towards the other, their faces being turned towards the propitiatory wherewith the ark is to be covered.” Exodus 25:16-20

Moses commanded by God to make a brazen serpent to heal the punished Israelites:

Beseleel commanded by God to make statues of cherubim for the Ark and Tabernacle:

King Solomon made statues of cherubim, lions, and oxen for the temple:

“And he made in the oracle two cherubims of olive tree, of ten cubits in height.”

“…And between the little crowns and the ledges were lions, and oxen, and cherubims…”

“And for the altar of incense, he gave the purest gold: and to make the likeness of the chariot of the cherubims spreading their wings, and covering the ark of the covenant of the Lord. All these things, said he, came to me written by the hand of the Lord that I might understand all the works of the pattern.”

“He made also in the house of the holy of holies two cherubims of image work: and he overlaid them with gold.” 2 Paralipomenon (2 Chronicles) 3:10

Like Noah, Moses, Beseleel, and King Solomon,two millennia of Catholics have made sacred art without sin or injury to God. 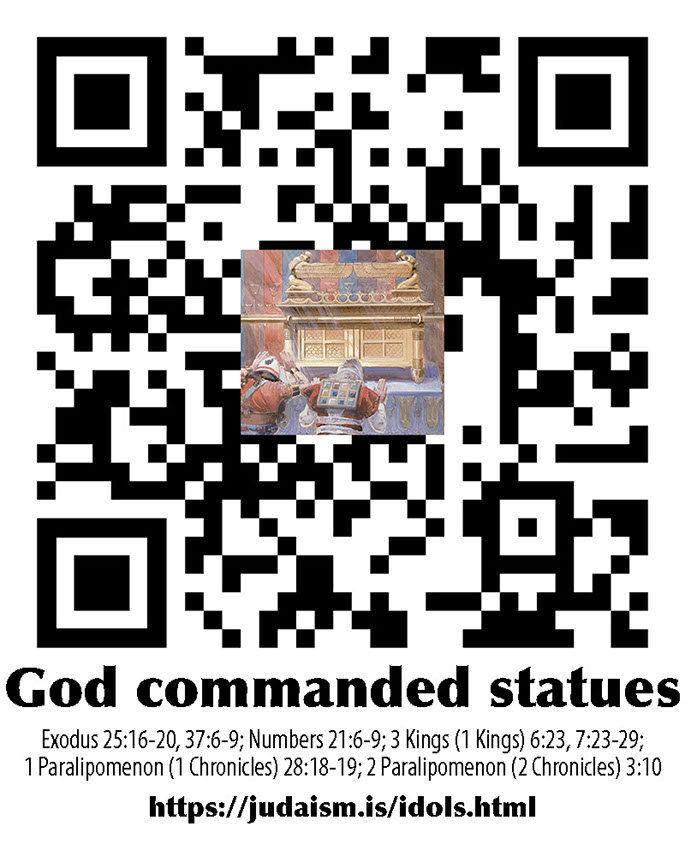