No need to apologize, Professor…

“The admission, by the former head of the country's forensic institute, followed a furious row prompted by a Swedish newspaper reporting that Israel was killing Palestinians in order to use their organs – a charge that Israel denied and called ‘antisemitic.’”

The rabbis and IDF’s murder-for-organ-trafficking ring:

The Return of the Body Snatchers by Israel Shamir

The mayors of Hoboken and Secaucus, Jersey City Deputy Mayor, two state Assemblymen, and five rabbis were arrested in a U.S.  connection with the organ-trafficking crime syndicate, but the news was quickly “disappeared” by Bloomberg (http://www.bloomberg.com/apps/news?pid=newsarchive&sid=aS75MsiDa4WU). Details are preserved here:

Dozens more articles in the Times of Israel about Jews and organ trafficking: 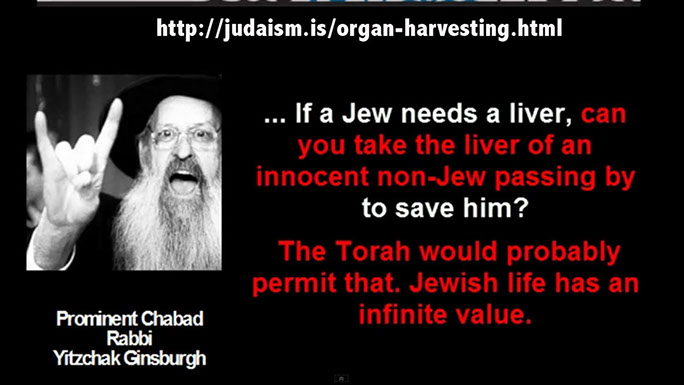 “If a Jew needs a liver, can you take the liver of an innocent non-Jew passing by to save him? The Torah would probably allow that.  Jewish life has an infinite value.” 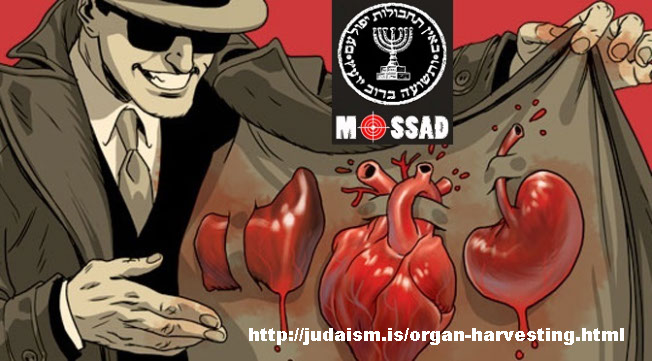