six types of lies encouraged by the Torah:

“Rabbis are liable to alter their words, and the accuracy of their statements is not to be relied upon.” The Talmud: The Steinsaltz Edition, Vol. II, pp. 48-49.

The Culture of Deceit

“I describe incidents which may or may not have happened but which are true.”

A new industry is being built on denying and bypassing the facts of Jewish domination of Communism and Communist genocide. This is an excellent deconstruction of the new lies: 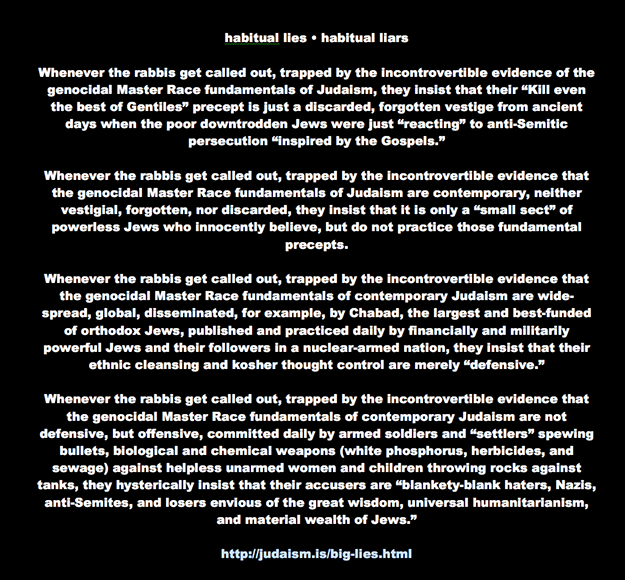 a corollary of deceit—Israel’s army of paid internet trolls

How Israel and Its Partisans Work to Censor the Internet

“... Israel and Israeli institutions employ armies of Internet warriors - from Israeli soldiers to students - to spread propaganda online and try to get content banned that Israel doesn't want seen ... Israel and partisans of Israel have long had a significant presence on the Internet, working to promote the Israel narrative and block facts about Palestine, the Israel lobby, and other subject matter they wish covered up. Opinionated proponents of Israel post comments, flag content, accuse critics of "antisemitism," and disseminate misinformation about Palestine and Palestine solidarity activists ... General Sima Vaknin-Gil told Israeli tech developers to ‘flood the Internet’ with pro-Israel propaganda.” 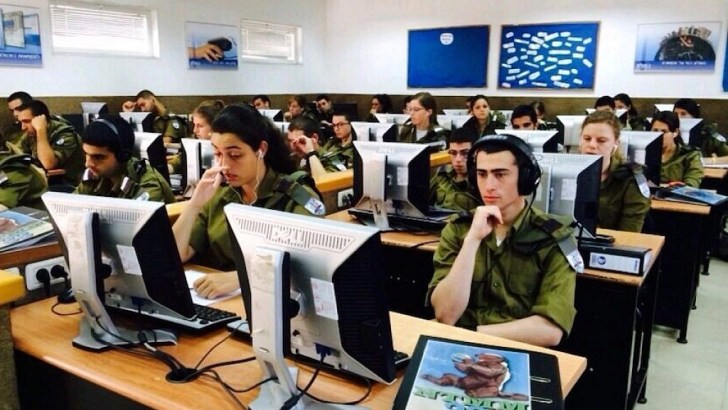 “On Monday, the US State Department announced that it had obtained $40 million from the Pentagon [tax slaves] to fund a new propaganda and disinformation campaign through the ‘Global Engagement Center’”

Oh, from whom did they get that idea? Hmmmm…

Meet the spies injecting Israeli propaganda into your news feed

“…Sima Vaknin-Gil took over as director-general of Israel’s Ministry of Strategic Affairs at the start of 2016, …This means that for the last two years a former intelligence officer has been running Israel’s global war against BDS, the boycott, divestment and sanctions movement.…she planned to “flood the internet” with Israeli propaganda that would be publicly distanced from the government.… Under Vaknin-Gil – an expert in censoring the press – the ministry is instead trying to buy off editors. Israeli media watchdog The Seventh Eye reported last month that the ministry she runs paid the publisher of Israel’s best-selling daily newspaper $100,000 to publish articles and videos attacking BDS as ‘anti-Semitic.’…Israel’s parliament in July gave preliminary approval to a bill exempting the strategic affairs ministry from the freedom of information law.…claiming that BDS was a ‘battlefront like any other’ and there was a need to keep ‘our methods of action secret.’…‘We want most of the ministry’s work to be classified,’ Vaknin-Gil told Israel’s parliament in September 2016, when she acknowledged that ‘a major part of what we do stays under the radar.’

“[Israeli Minister of Strategic Affairs Gilad] Erdan has also admitted his ministry’s use of international front groups – historically a tool of Israeli spy agencies. ‘Most of the ministry’s actions are not of the ministry, but through bodies around the world who do not want to expose their connection with the state,’ he said last year. A rival government ministry in 2016 accused Erdan and his fiefdom of ‘operating British Jewish organizations behind the [Israeli] embassy’s back in a way that could put them in violation of British law.’ …the ministry is involved in “black ops” against the movement for justice in Palestine. It was also reported by Haaretz that the ministry was establishing a “tarnishing unit” to spread lies about BDS activists.”

“From the advent of below-article comments, anti-Israel activists have been taking advantage of online forums and social media to sew lies and hateful messaging about the Jewish state. It has taken awhile, but the government of Israel and a powerful network of pro-Israel advocates in the private sector are now proving to be a formidable opponent to the Israel-haters in countering anti-Semitic bias and spreading positive stories that represent the real face of Israel. ‘For the first time, BDS [Boycott, Divestment and Sanctions] groups are on the defensive,’ declared Gilad Erdan, Israel's Minister of Strategic Affairs and Public Diplomacy to a group of more than 60 social-media experts gathered in Jerusalem on Monday and Tuesday for the three-day #DigiTell18 Conference sponsored by the Ministry.”

“…In June, Google announced major changes in its algorithm designed to combat fake news ... Google’s update of its search engine would block access to “offensive" sites, while working to surface more “authoritative content.” ... But little did we know that Google had decided, perhaps with bad advice or wrong-headed thinking, that media like AlterNet — dedicated to fighting white supremacy, misogyny, racism, Donald Trump, and fake news — would be clobbered by Google ... Since the June Google announcement, AlterNet’s search traffic has plummeted by 40 percent — a loss of an average of 1.2 million people every month who are no longer reading AlterNet stories. AlterNet is not alone. Dozens of progressive and radical websites have reported marked declines in their traffic.”

Israel to pay students to defend it online

by Richard Silverstein -- The Guardian (Britain)

“With Israel’s foreign ministry organising volunteers to flood news websites with pro-Israeli comments, Propaganda 2.0 is here. The hasbara brigade strikes again! You always hear about Israeli attempts at media manipulation. Everyone knows it’s going on but usually the process happens through cyber insurgents like those involved with Giyus (and its media monitoring software, Megaphone). Now [Jan. 2009], we know that the Israeli foreign ministry itself is orchestrating propaganda efforts designed to flood news websites with pro-Israel arguments and information.…”

When Tel Aviv goes to war, universities and activists are organized to beat back the bad news.

…Straight out of Avigdor Lieberman’s Foreign Ministry: a new Internet Fighting Team! Israeli students and demobilized soldiers get paid to pretend they are just regular folks and leave pro-Israel comments on Twitter, Facebook, YouTube and other sites. The effort is meant to fight the “well-oiled machine” of “pro-Palestinian websites, with huge budgets… with content from the Hamas news agency.” The approach was test-marketed during Israel’s assault on Gaza, and by groups like Give Israel Your United Support, a controversial effort to use instant-access technology to crowd-source Israel advocates to fill in flash polls or vote up key articles on social networking sites.

“Will the responders who are hired for this also present themselves as “ordinary net-surfers”?

“Of course,” says Shturman. “Our people will not say: ‘Hello, I am from the policy-explanation department of the Israeli Foreign Ministry and I want to tell you the following.’ Nor will they necessarily identify themselves as Israelis. They will speak as net-surfers and as citizens, and will write responses that will look personal but will be based on a prepared list of messages that the Foreign Ministry developed.”

The Foreign Ministry presents: talkbackers in the service of the State

Use Google Translate... or read the transation for Occupation Magazine by George Malent

“After they became an inseparable part of the service provided by public-relations companies and advertising agencies, paid Internet talkbackers are being mobilized in the service in the service of [Israel]. The Israeli Foreign Ministry is in the process of setting up a team of students and demobilized soldiers who will work around the clock writing pro-Israeli responses on Internet websites all over the world, and on services like Facebook, Twitter and Youtube. The Foreign Ministry’s department for the explanation of Israeli policy is running the project, and it will be an integral part of it. The project is described in the government budget for 2009 as the “Internet fighting team” – a name that was given to it in order to distinguish it from the existing policy-explanation team, among other reasons, so that it can receive a separate budget. Even though the budget’s size has not yet been disclosed to the public, sources in the Foreign Ministry have told Calcalist that in will be about NIS 600.000 in its first year, and it will be increased in the future. From the primary budget, about NIS 200.000 will be invested in round-the-clock activity at the micro-blogging website Twitter, which was recently featured in the headlines for the services it provided to demonstrators during the recent disturbances in Iran.”

Thought-Police Is Here in Israel

“The Foreign Ministry unveiled a new plan this week: Paying talkbackers to post pro-Israel responses on websites worldwide. A total of NIS 600,000 (roughly $150,000) will be earmarked to the establishment of an ‘Internet warfare’ squad.

“The Foreign Ministry intends to hire young people who speak at least one language and who study communication, political science, or law – or alternately, Israelis with military experience gained at units dealing with information analysis.

“Beyond the fact that these job requirements reveal a basic lack of understanding in respect to the dynamics of the online discourse – the project’s manager argued that “adults don’t know how to blog” – they are not too relevant either. An effective talkbacker does not need a law degree or military experience. He merely needs to care about the subject he writes about.

“The sad truth is that had Israeli citizens believed that their State is doing the right thing, they would have made sure to explain it out of their own accord. Without being paid.…”

“The participating countries would be part of a loose coalition that would keep an eye on content and where it was being posted, and members of the coalition would work to demand that the platforms remove the content that was posted in any of their countries at the request of members.”

Dr. Tony Martin: Jewish Tactics In The Controversy Over Jewish Involvement in The Slave Trade

The late Dr. Martin’s experience is instructive. In this video he chronicles with good humor the types of deceit and bully tactics that he experienced as a historian revealing the sordid and concealed history of Jewish slave traders. He experienced what is experienced by everyone who confronts Jewish myths and deceits:

“Witness, for instance, the almost amusing narrative disparity between arguments seeking to maximize Jewish economic contributions to European (colonial) efforts and those seeking to minimize Jewish participation in the slave-trade. The former figure New Christians (especially Portuguese) as Jews, while the latter figure them as Christians. ”

memes for your online discussions with Judaizers: 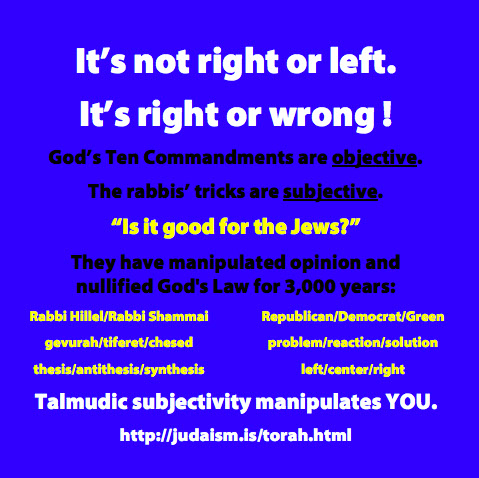 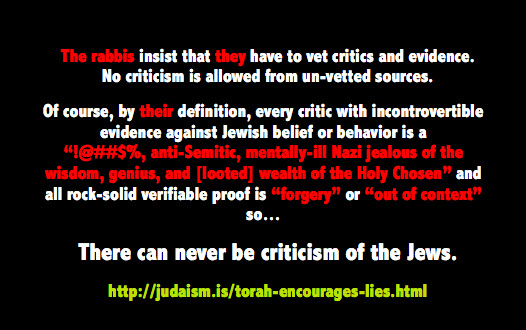