Pharisees • the religion of “blushing”

We are all familiar with the bizarre strain of Evangelical Protestantism, “Christian” Zionism, that is tantamount to worship of the Synagogue of Satan. Less familiar are their counter-parts, the “Christian” Identity sects that despise “Jews” for their DNA, meanwhile insisting that. because they “blush,” they are the true Israel. This group is as obsessed about genetics as the Synagogue of Satan. Both are wrapped around the axle over DNA and “Edom,” yet neither can scientifically identify Israelite DNA. The parasites’ DNA (usually Ashkenazi without any “semitic” ancestors) is essentially the same as the hosts’ DNA. The Synagogue of Satan can’t identify their tribe or priesthood and the Identity whackos can't identify Israelite DNA in their genes either. According to these whackos, to enter Heaven we’ll all have to “blush” and  show “redness in the face.”

The Identity obsessives are no more “Christian” than the “Christian” Zionists and the Synagogue of Satan. All of them are competing to “out-Jew” the other. What a sick joke.

Go figure. On both sides of Calvary, under the Old Law and the New Law, in Old and New Testaments, we are told the same:

Even us, whom also he hath called, nor only of the Jews, but also of the Gentiles. As in Osee he saith: I will call that which was not my people, my people; and her that was not beloved, beloved; and her that had not obtained mercy, one that hath obtained mercy. And it shall be, in the place where it was said unto them, You are not my people; there they shall be called the sons of the living God. And Isaias crieth out concerning Israel: If the number of the children of Israel be as the sand of the sea, a remnant shall be saved.

We offer few memes to rebut their pretended scriptural support for their beliefs: 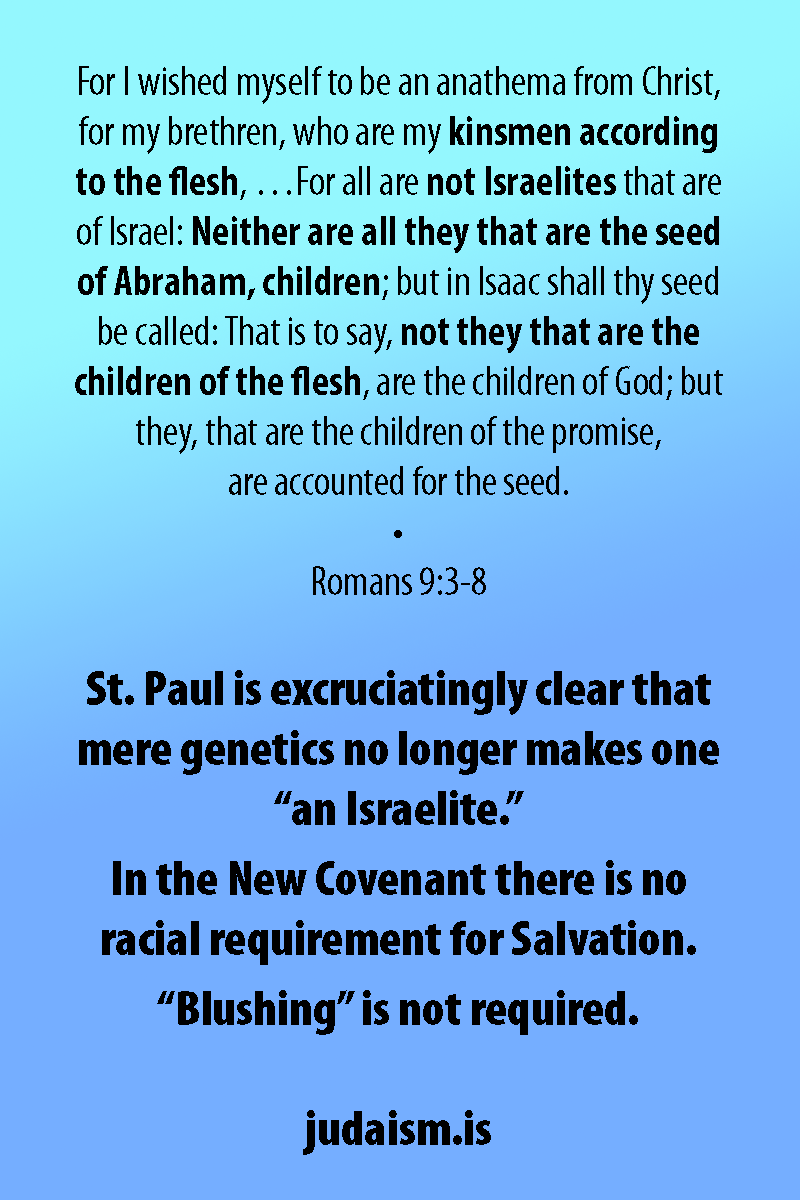 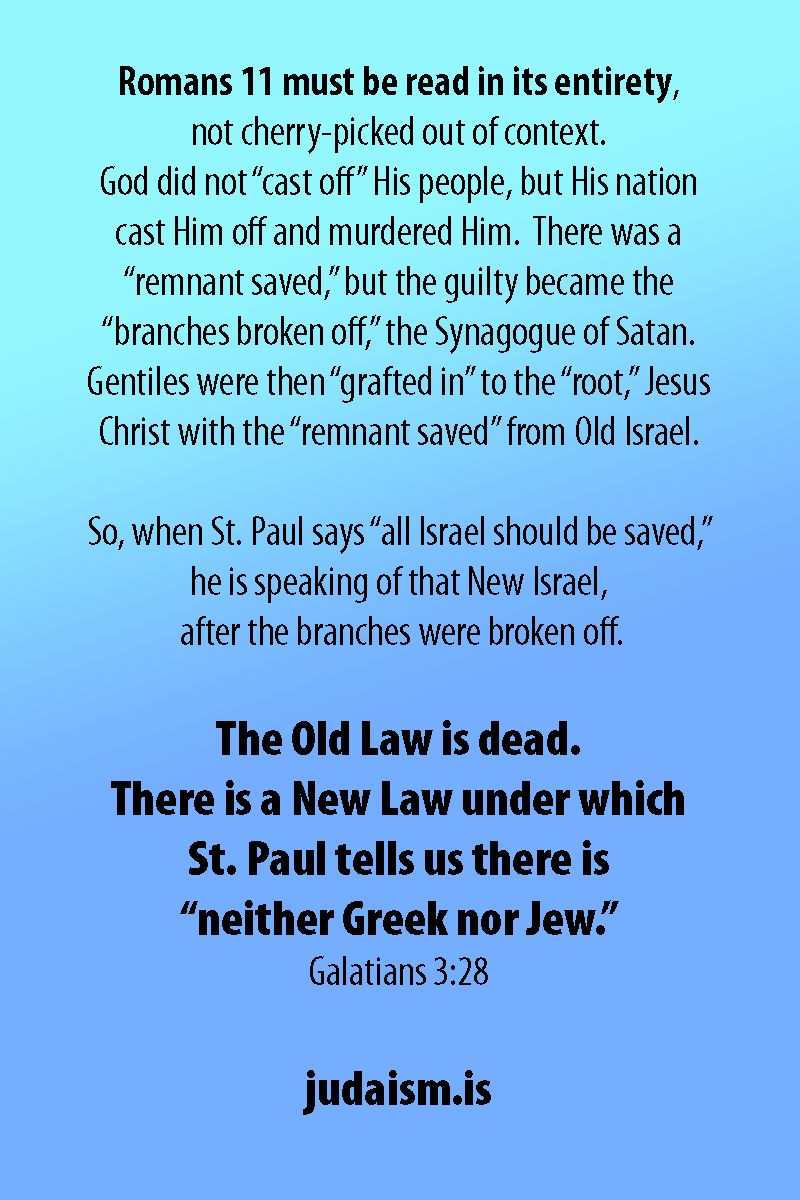 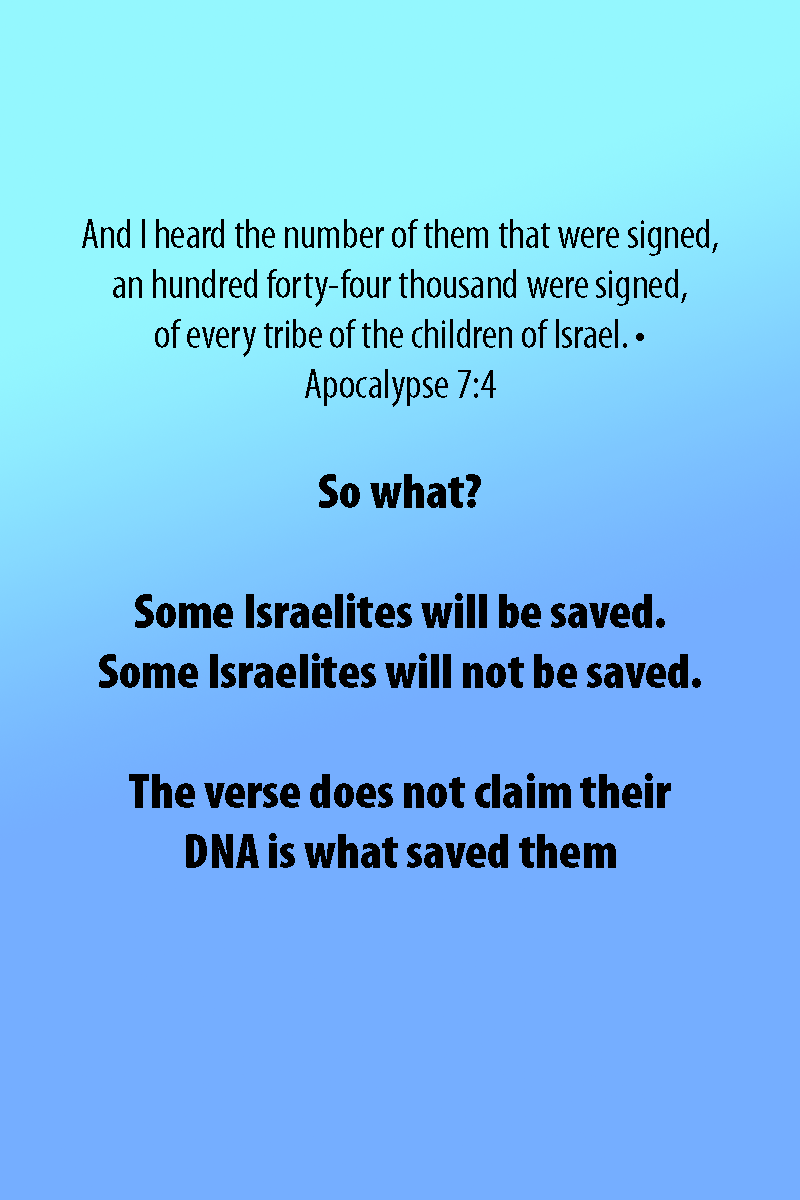 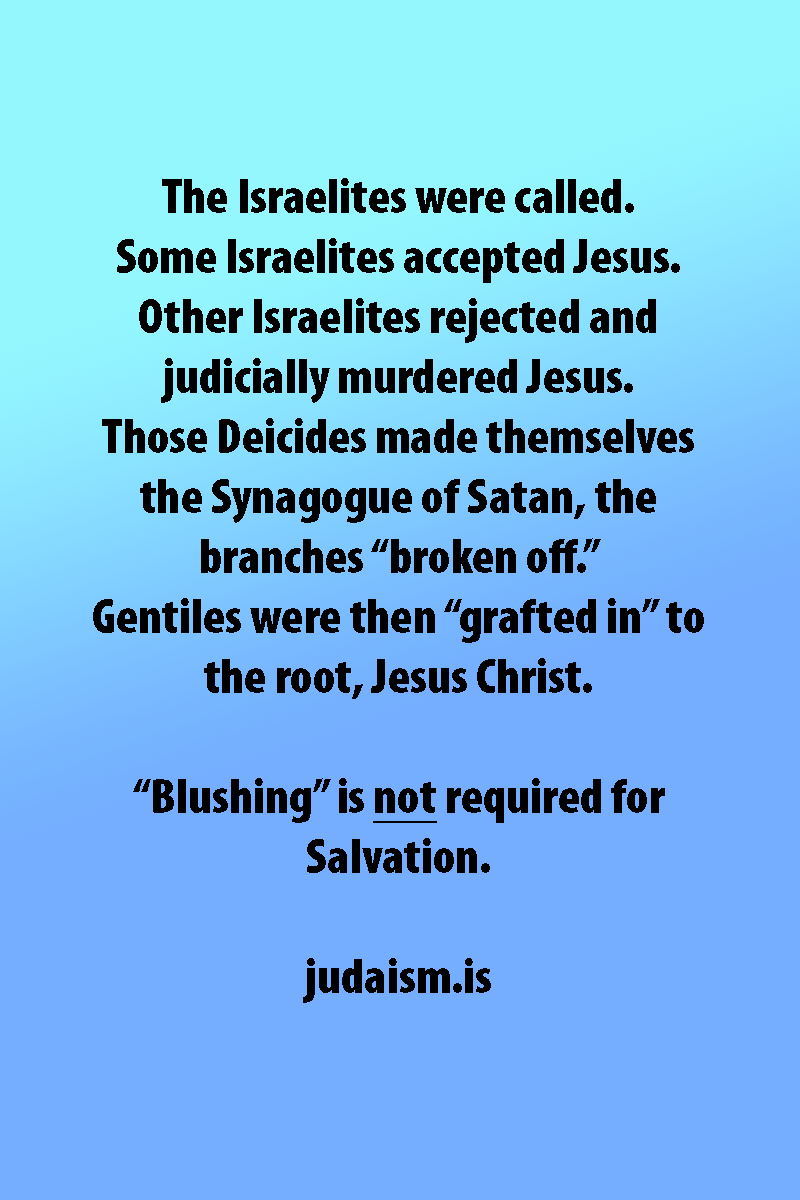 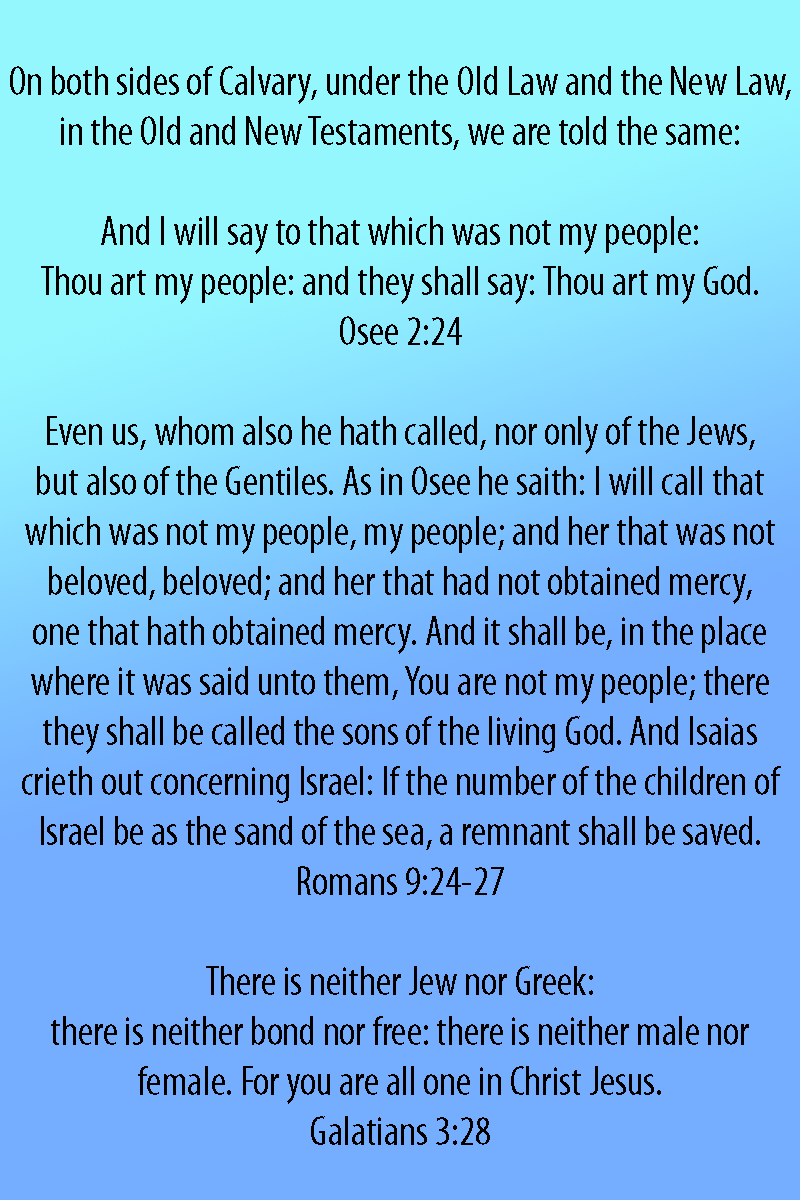 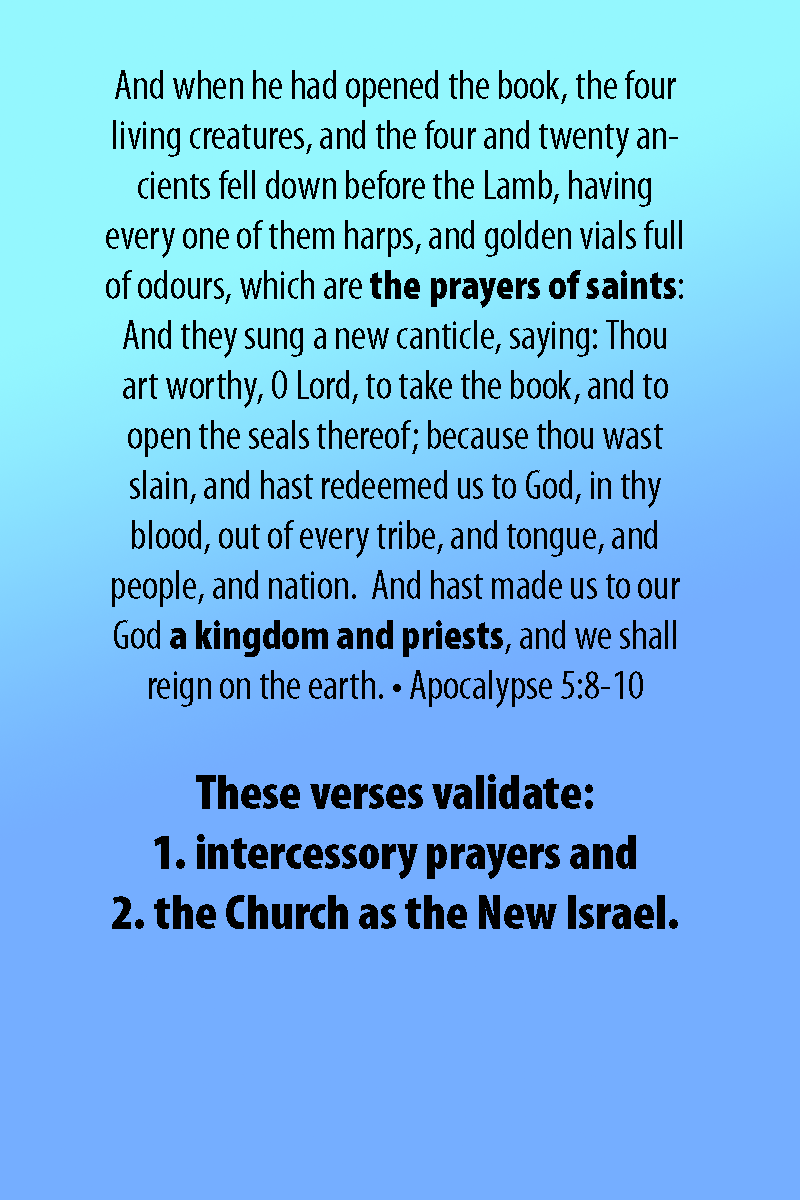 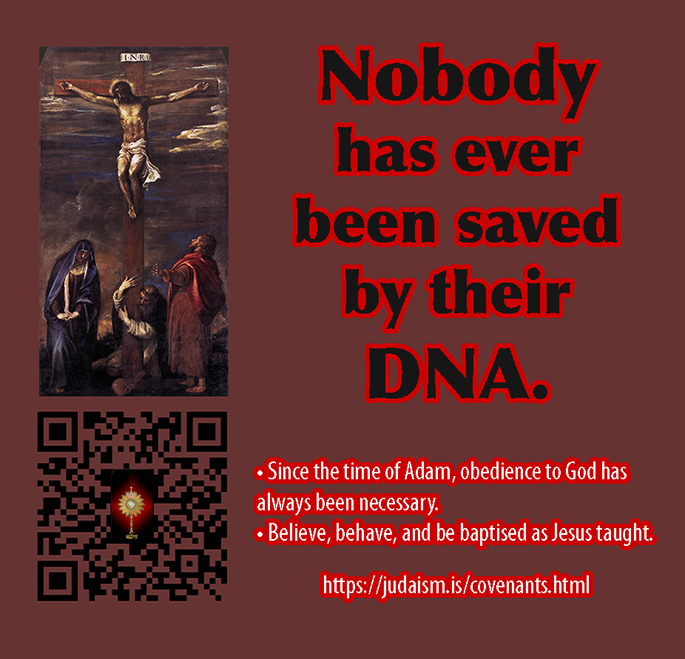 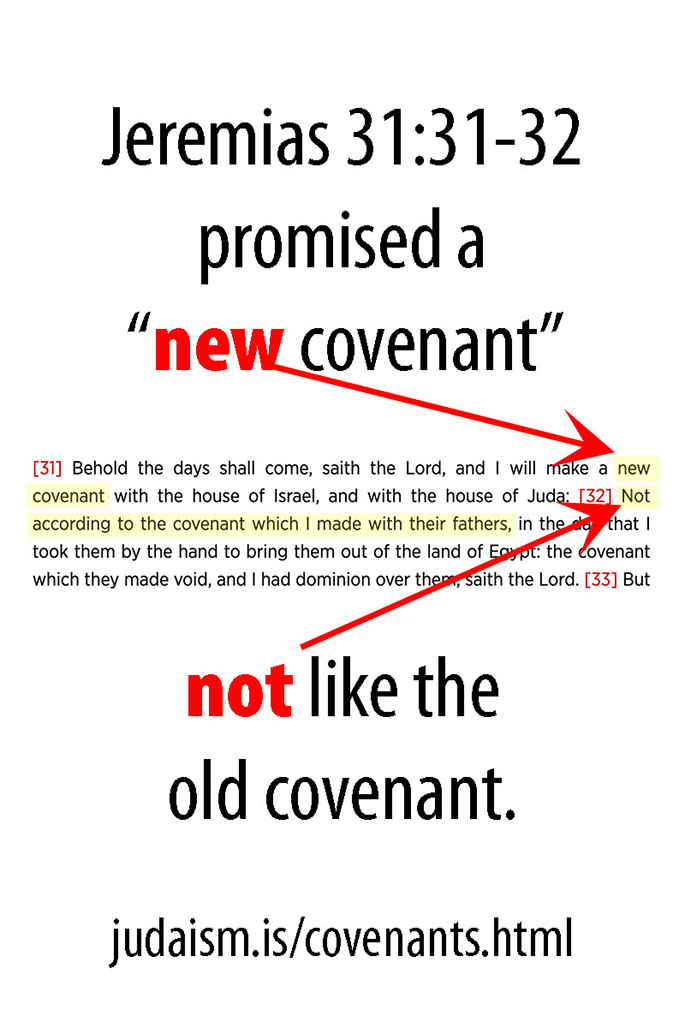 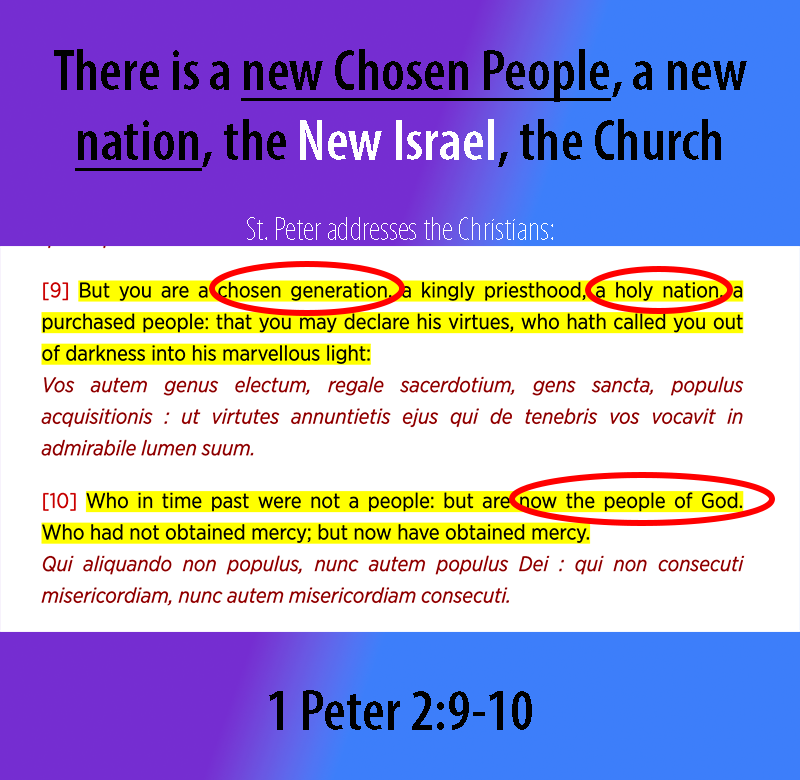 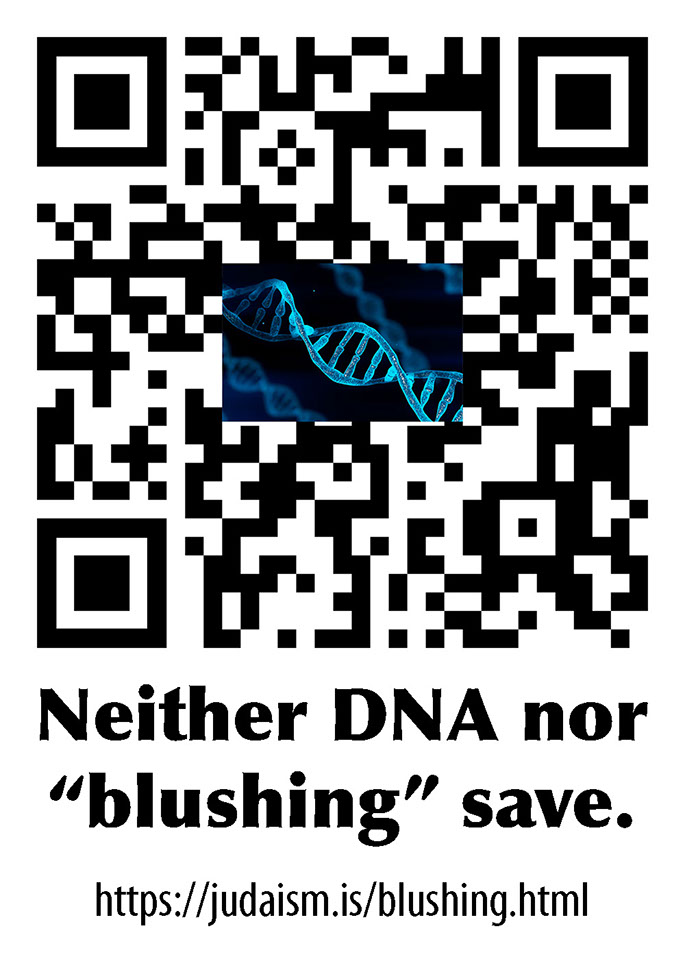