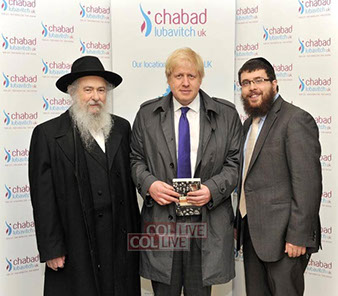 Johnson is a crypto-Jew, working to the Jewish neo-Soviet Eurasian plan. Presently, he is advancing the displacement of the ethnic UK population with foreigners, in process to eventual absorption of the UK, into an Israel/Moscow controlled multicultural Eurasian NWO, as well as managing the COVID conspiracy, in primary aim to create a global tech control system for goyim (non-Jews.)

Boris Johnson – “Yes, I have Jews in my family from Moscow, some of them rabbis. That’s on my mother’s side.” 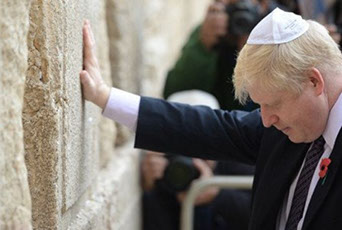 Johnson appeared genuinely moved as he placed his right hand on the Western Wall and paused for a minute while photographers took pictures of him praying.

Boris Johnson’s late mother Charlotte Johnson was the granddaughter of Elias Avery Lowe – a Lithuanian Jew. She was divorced from Boris’ father Stanley in 1979 and married a Jew, Nicholas Wahl.

Is Britain’s New Government the Most Zionist in History?

Prince Charles • slave to the Jews 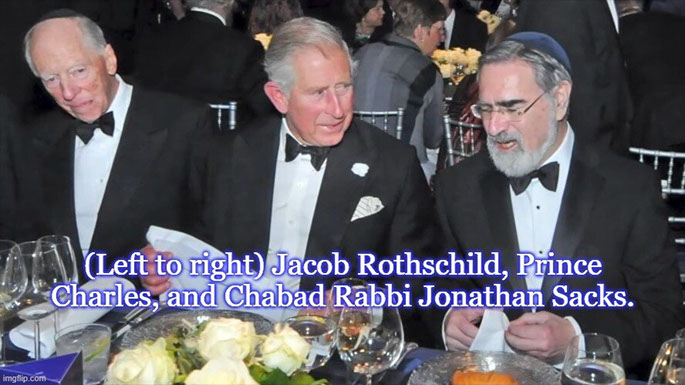 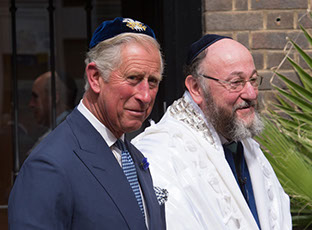 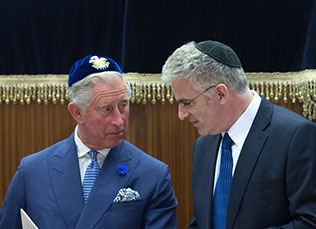 Prince Charles, Prince of Wales and the newly-installed 11th Chief Rabbi of the United Hebrew Congregations of the UK and the Commonwealth Ephraim Mirvis (left photo) and  Israeli Ambassador Daniel Taub (right photo) at the ceremony,

Exclusive: Prince Charles will convert to Judaism “within three years”

The headline is a Jewish April Fool’s Day joke. The subservience, photos, and yarmulke are real.

“Prince Charles has long fostered a relationship with world Jewry. Unlike his mother, Queen Elizabeth, the heir to the throne has visited Israel and many of his closest friends are Jewish, including Simon Sebag Montefiore and actor Stephen Fry. The Prince of Wales even has his own blue velvet kippa with a silver royal crest to wear at Jewish weddings and barmitzvahs.” 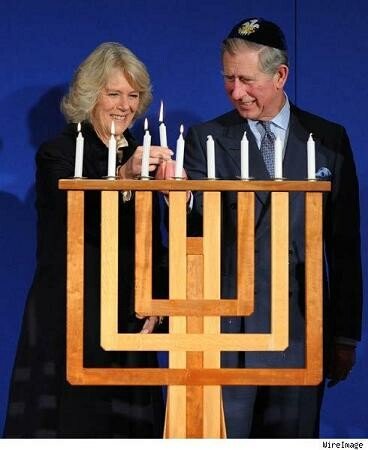 However, addressing attendees at a pre-Chanukah reception at Buckingham Palace he added: “As always, it is adversity that proves the real value of friendship.”

The Prince said prominent members of the Jewish community had “literally transformed this country for the better” whilst others were cornerstones of their local communities, noting his own personal links with the faith and its heritage.

“In every walk of life, in every field of endeavor, our nation could have had no more generous citizens, and no more faithful friends,” he said.... 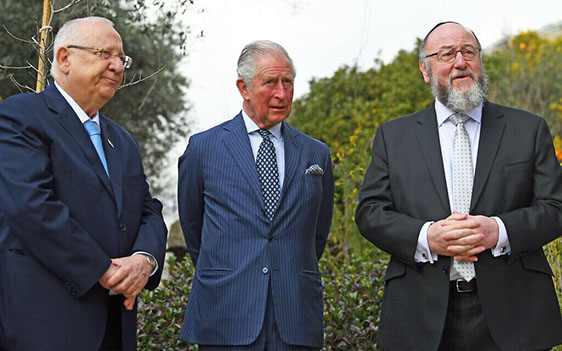 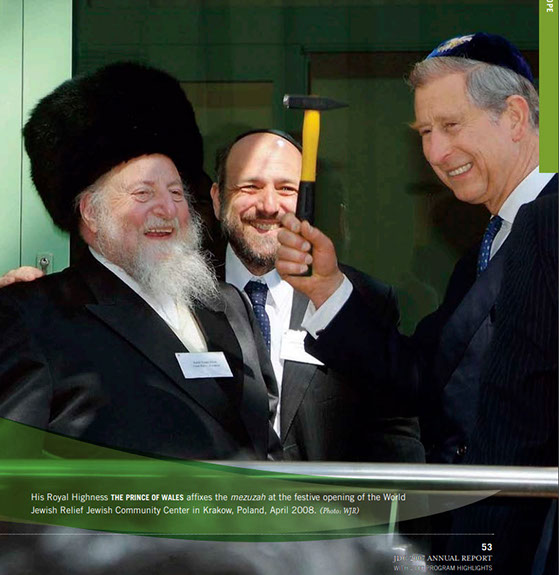 Secrets contacts between Churchill and Weizmann 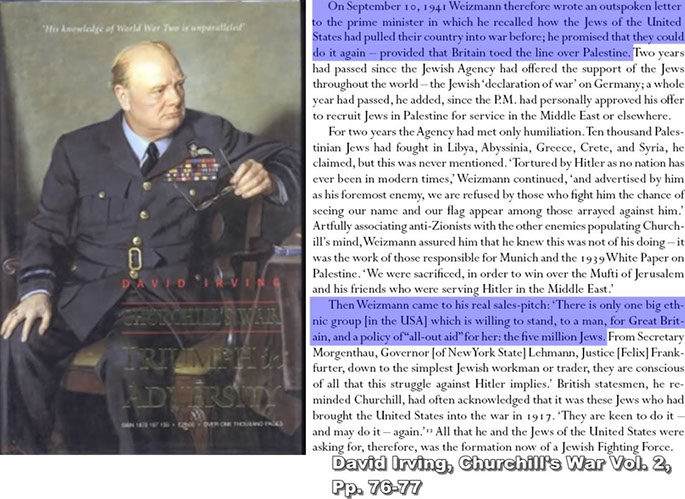 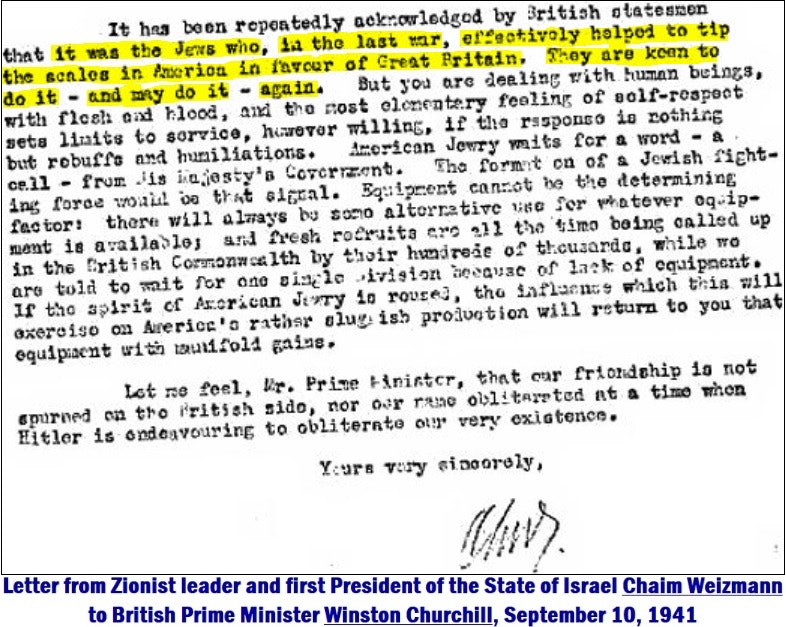 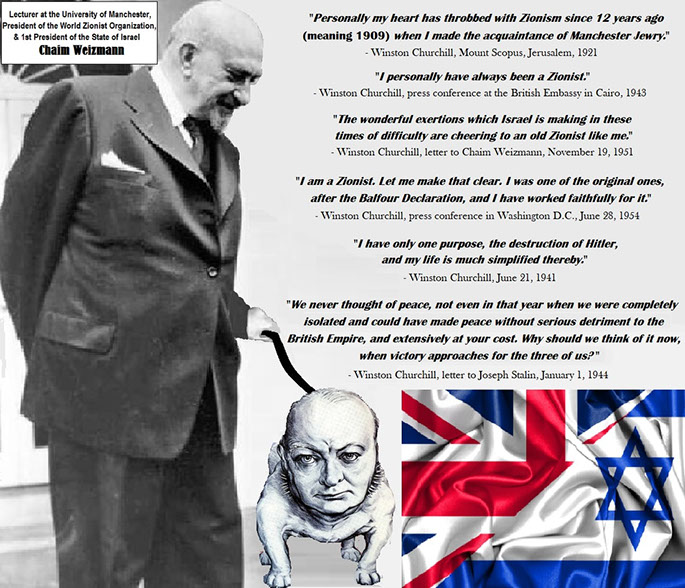 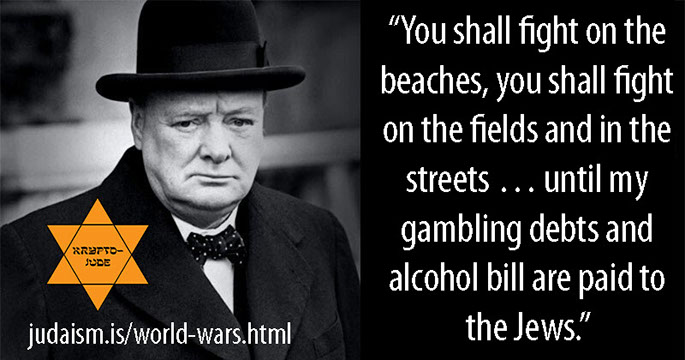 The re-entry of Jews into England in the 17th century after expulsion in 1290, was designed to hasten the coming of moshiach/Anti-Christ.

(Dutch) Rabbi Menashe's knowledge of Kabbalah motivated him to hasten moshiach’s coming, which ultimately led to the Jews returning to England. The settlement of Jews throughout the world was understood to be a sign that Moshiach was coming.

In 1650, he wrote ‘The Hope of Israel,’ in which he expressed the hope that the Jews would return to England. In November 1655, Rabbi Menashe arrived in London & published his ‘Humble Addresses to the Lord Protector,’ a memorandum in which he refuted prejudices against the Jews. He also pointed out the advantages England could derive from granting the Jews permission to resettle in England & permitting Jews live according to the commands of Judaism.

Oliver Cromwell summoned the Whitehall Conference in December of 1655. (It doesn’t seem Rabbi Menashe spoke at this conference, but his pamphlet was submitted to it.) A formal declaration was made by the lawyers present at the meeting that nothing in English law prevented the settlement of Jews in England.

The door was opened for the Jews’ return. John Evelyn even entered in his diary Dec 14, 1655, “Now were the Jews admitted.”

In 1688 (protestant) William of Orange (William III) accepted a bribe of 2,000,000 guilders from Dutch Jew Antonio Suasso to invade England & overthrow the Catholic Stuart monarchy, who were against the creation of a Central Bank

This enabled the Jews to control the money issue and supply, ultimately create massive government, business and private debt at interest that can never be paid and, together with created boom and busts, eventually swallow the majority of the wealth of the country.

Sebastian Nicotra quotes a passage from an old manuscript, only lately discovered, in which a Jew describes the key of Jewish power in our day.

“My sons, Jehovah has reserved to us a powerful weapon, which we ought to launch into the midst of the nations of Christ in order to subject them to our domination. It is a weapon of war & an instrument of victory. Usury is the little stone that fell from the mountain, which must cover the world; the mustard seed that grows into a superb tree, which will dominate the world.”

The Jewish Question in Europe: The Causes, The Effects, The Remedies

"William III made it impossible for any Catholics to vote or hold a seat in the parliament & made the law, which is still in order today, that the monarch could not be a Catholic or marry someone who was a Catholic."

Religion, Politics, and the Glorious Revolution of 1688

"Raab is the son of a Jewish refugee. In 1998, Mr Raab spent time at Birzeit University in Israel, working for one of the principal Palestinian negotiators of the Oslo Peace Accords."

"My dear friend and former student president at Oxford, the excellent (Ambassador of Israel to the United States 2013-2021) Ron Dermer, sent me this photo (image 1) of all of us having a pint with Dominic Raab, who in July became British Foreign Secretary. I wish him every success and G-d’s blessings."

Ron Dermer is honoured by CHABAD:

At the Western Wall, London mayor affirms his Jewish ancestry.

“Yes, I have Jews in my family from Moscow, some of them rabbis - that’s on my mother’s side.”

In this video, a Jew says to Boris Johnson 'Have a Nice Passover.'

In the below tweet, referring to Johnson, Rabbi Schapiro says the Jewish community need to elect someone that wants to work "with us".

The 'with us' in inverted commas, implies that Johnson is one of them

"By 1956, (Ezra) Pound stated the (Jewish) Kahal, had taken control of the UK Government at the highest levels."

Chabad control of the USA

(Biden's) Rabbi Shemtov explained the Rebbe’s long-term influence and IN-DEPTH INVOLVEMENT in the policies of the world’s superpower."

In 2011, Chabad Rabbi Estulin stated Schneerson was “dealing with the Kingdom of Ishmael (Islam).”

"Rebbe said Iraq should be wiped off the earth. He arranged Bush’s son to become president and complete the job of his father."

After the 1st US bombing of Iraq during Hanukkah 1998, Putin's Chabad Rabbi Berel Lazar said:

“God is for us. We don't need to fight our enemies ourselves. The goyim, the Americans, do it for us!”

Chabad are designing history to fit Torah/Talmud/Zohar for bringing in Moshiach:

“(The Zohar states) the Messiah will first be summoned to appear on earth from his secret abode in Paradise. A bloody conflict will then break out in the world. Edom and Ishmael (Christian and Mahometan nations) will vehemently contend with one another, and eventually both will be annihilated by a mightier conquering people (communist Russia/China/Eurasia).”

“The key point that remains unnoticed by most people today; Chabad-Masonic politics controls World Governments and the chain of world events is built by them in such a way, that on the appointed day and hour they would elevate to the throne their Moshiach - the Antichrist.”

Ex-Chabad Eduard Hodos displays a Chabad brochure including pictures from 1989, with a plan of Chabad to control Moscow and also with a picture of Rabbi Schneerson adjacent to the twin towers:

Trump and Biden are Chabad crypto-Jews:

She is head of the Church of England. In the New Testament it states:

"For in Christ Jesus NEITHER CIRCUMCISION AVAILETH ANYTHING, nor uncircumcision: but faith that worketh by charity."

"Queen Elizabeth had each of her 3 sons, CIRCUMCISED not by the royal physician, but by Rabbi Jacob Snowman, the official mohel of London’s Jewish community. From what I understand from my British relatives, he did good work."

“After the 7 day mourning for (Philip) the Queen will maintain a further 30 days of mourning.”

Jewish mourning: “After 7 Shiva days and until the 30th day after the burial…”

Could Princess Diana, Prince William’s mother, have been Jewish?

If factual, that would be sufficient for Princess Diana to be certified Jewish, as well as her son, William, the future King of England.

If true, then Diana would be thoroughly Jewish with a Jewish mother & father. In turn William, the future King of England, would have deep Jewish roots."

And the Queen, who signs every piece of legislation has broken her Coronation Oath to uphold the Gospel and allowed the UK to be destroyed, according to Jewish design:

“Will you to the utmost of your power maintain the Laws of God and the true profession of the Gospel?”

Queen:“All this I promise to do.”

“Prince Charles attended the induction ceremony of the new Chief Rabbi of the UK and the Commonwealth at St. John’s Wood Synagogue in London.”

Dutch Jew Isaac Suasso financed William of Orange and “The Glorious Revolution” of 1688, which overthrew the Catholic king James II. He was replaced by his Protestant daughter Mary & her Dutch husband, William of Orange.