the talmudic anti-Pope has his own page 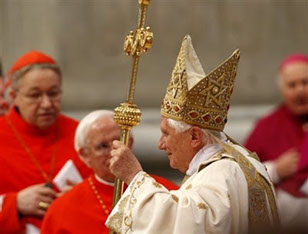 * Formerly “Wojtyla the Worst,” until eclipsed by Jorge Bergoglio

The Novus Ordo’s Offertory was lifted from the same “Torah” that blasphemes the Holy Family:

Opus Judei has its own page

Heartbreaking—gaslighting, Judaizing, enabling. The SSPX has its own page

Fraud in Commemoration of Fraud

The Nazis and Hell

“All the Men Behind the Opus Dei Curtain”

Michael Voris and the Homosexual Vortex

“The Jewish Week reported that Scalia is fascinated with Talmudic law and is involved in the launch of a Talmudic law institute in Washington D.C. with Nathan Lewin, Alan Dershowitz and Noson Gurary, a Chabad Lubavitch rabbi.”

Justice Scalia: A man of “true faith and allegiance”

and then there is his son, the Novus Ordo presider: Scalia ‘Traditionalism’

Scalia’s submission to the Chabad Lubavitchers was an outrage against Catholicism.

“Hebrew Catholics” • the new Marranos and their accomplices

The Captive Daughter of Zion holy card sold by the Association of Hebrew Catholics bookstore.

that Mary has a German concentration camp yellow star identifying her as a “Jude,” and that

Jesus is dressed as an orthodox Talmudic Jew holding the ‘Torah’ as if celebrating his bar mitzvah.

Portraying the Holy Family as talmudic Jews is an offense “Hebrew Catholics” have in common with Jorge.

An example, “leaven”: In Chapter 3 of his book Salvation is from the Jews, Roy Schoeman advises that Jews should leaven the Church like yeast. Schoeman contradicts God’s repeated and emphatic warnings to “beware the leaven of the Pharisees” (Matthew 16:6, 16:11, 16:12, Mark 8:15, Luke 12:1). Sadly, Taylor Marshal is oblivious to such subversion:

Another example, seders: The “Hebrew Catholics” promote Passover seders. The Church has unequivocally and infallibly anathematized all such Jewish rituals:

“§ 712 It [the Holy Catholic Church] firmly believes, professes, and teaches that the matter pertaining to the law of the Old Testament, of the Mosaic law, which are divided into ceremonies, sacred rites, sacrifices, and sacraments, because they were established to signify something in the future, although they were suited to Divine worship at that time, after our Lord’s coming had been signified by them, ceased, and the Sacraments of the New Testament began; and that whoever, even after the passion, placed hope in these matters of law and submitted himself to them as necessary for salvation, as if faith in Christ could not save without them, sinned mortally. Yet it does not deny that after the passion of Christ up to the promulgation of the Gospel they could have been observed until they were believed to be in no way necessary for salvation; but after the promulgation of the Gospel it asserts they cannot be observed without the loss of eternal salvation. All, therefore, who after that time observe circumcision and the Sabbath and the other requirements of the law, it declares alien to the Christian faith and not in the least fit to participate in eternal salvation, unless someday they recover from these errors.”

Cantate Domino, from the infallible ecumenical Council of Florence under His Holiness Pope Eugene IV defining the Solemn Doctrine: Extra Ecclesiam Nulla Salus (“Outside the Church, there is no salvation.”), promulgated by papal bull, February 4, 1444 [Florentine calendar] in Denziger, Enchiridion Symbolorum, The Sources of Catholic Dogma, § 712

Even the rabbis admit how foolish and subversive “Catholic” seders are:

For starters, the Last Supper couldn't have been a Passover Seder, because the Passover Seder didn't exist until several decades after Jesus' death. There were Passover celebrations during his day, of course, but the particular liturgy and ritual of the Seder was a response to the destruction of the Jerusalem Temple in the year 70, and it wasn't finalized until sometime during the third century.

What's more — and to be perfectly honest — the Seder developed, in part, as an anti-Christian polemic — a “slam” on the then-new and growing religion called Christianity. Such religious critique is all but absent from contemporary Seders, but the anti-Christian roots of the event are unmistakable.

A church Seder is thus a Christian event rooted in anti-Christianity. It makes about as much sense as a GOP rally for Barack Obama or a symphony boosters fundraiser for punk rock. Furthermore, while it is true that the Seder celebrates salvation, it celebrates salvation as Jews understand it, which is quite different from the Christian concept.

Rabbi Mark Glickman, Passover seders are out of place in churches, April 12, 2008 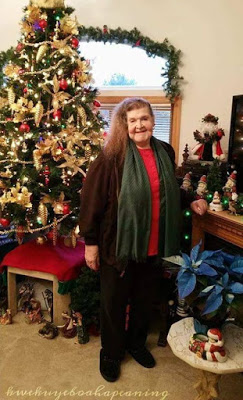 ““Julie Green is living a lie!’ writes Mary Therese Helmueller in an October 25, 2002, letter to Archbishop Gabriel Montalvo, Papal Nuncio to the United States. ‘[She] is a transsexual, a biological male. He is really Joel Green, who had a sex operation to make him physically appear as a woman.... I fear that The Church in America will suffer another ‘sex scandal’ if Julie Green continues to be recognized as a Catholic Religious Sister, and if Bishop Raymond L. Burke receives his final vows, as a religious sister, on November 23rd, 2002.’

“Montalvo forwarded the letter to Burke, who on November 20, 2002, replied to Helmueller. ‘With regard to Sister Julie Green, F.S.J., the recognition of the association of the faithful which she and Sister Anne LeBlanc founded was granted only after consultation with the Holy See,’ he writes. ‘These are matters which are confidential and do not admit of any further comment.... I can assure you that Sister Julie Green in no way espouses a sex change operation as right or good. In fact, she holds it to be seriously disordered. Therefore, I caution you very much about the rash judgments which you made in your letter to the Apostolic Nuncio.’

Adds Burke: ‘I express my surprise that, when you had questions about Sister Julie Green, you did not, in accord with the teaching of our Lord, address the matter to me directly.’

“Green and the Franciscan Servants weren’t the only controversial religious order with which Burke allied himself. In the late 1990s, the bishop combined the parishes of St. Mary and St. James in Wausau, Wisconsin. The two parishes formed the Resurrection Parish at what was formerly St. James’ Parish.

“St. Mary's was sold. Burke then asked the conservative Latin-rite religious order, Institute of Christ the King Sovereign Priest, to perform the Tridentine Mass at what was formerly St. Mary's. In February 2002, the order's superior, Monsignor Timothy Svea, pleaded guilty to exposing himself to and molesting teenage boys.”

Raymond Burke is highly traditional. That's why he received the final vows of a transgendered nun.

“Card. Burke also envisages the merge into one single rite of the Novus Ordo such as approved by Paul VI and the Tridentine Mass, as allowed by Benedict XVI in the Summorum Pontificum. He said: ‘It seems to me that what he [the Pope] has in mind is that this mutual enrichment would seen to naturally produce a new form of the Roman rite - the reform of the reform, if we may - all of which I would welcome and look forward to its advent.’”

The File on Maximilian Krah

A Catholic Working for Hasbara? 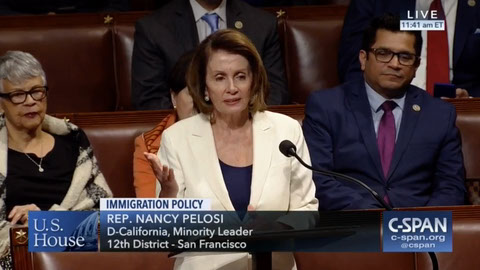 Could blackmail à la Jeffrey Epstein/Mossad account for the homosexual*** Spellman’s assistance to the Synagogue of Satan?

Spellman Aid in Getting Israel into U.N. in 1949 Is Disclosed 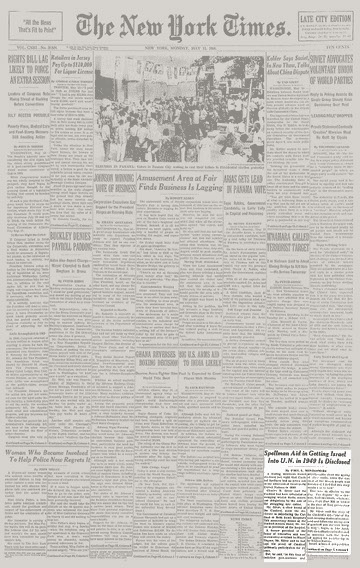 *** “The Cardinal O'Connell and Cardinal Spellman Legacy” in The Rite of Sodomy by Randy Engel, Chapter 12 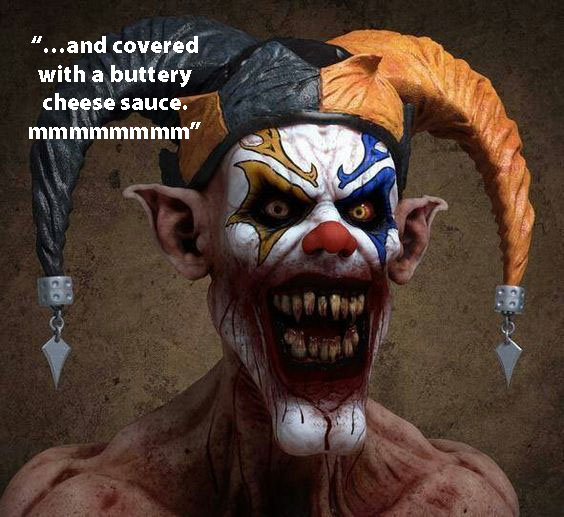