Then came Peter unto him and said: Lord, how often shall my brother offend against me, and I forgive him? till seven times? Jesus saith to him: I say not to thee, till seven times; but till seventy times seven times. Therefore is the kingdom of heaven likened to a king, who would take an account of his servants. And when he had begun to take the account, one was brought to him, that owed him ten thousand talents.  And as he had not wherewith to pay it, his lord commanded that he should be sold, and his wife and children and all that he had, and payment to be made. But that servant falling down, besought him, saying: Have patience with me, and I will pay thee all.  And the lord of that servant being moved with pity, let him go and forgave him the debt.  But when that servant was gone out, he found one of his fellow servants that owed him an hundred pence: and laying hold of him, throttled him, saying: Pay what thou owest.  And his fellow servant falling down, besought him, saying: Have patience with me, and I will pay thee all.  And he would not: but went and cast him into prison, till he paid the debt. Now his fellow servants seeing what was done, were very much grieved, and they came and told their lord all that was done.  Then his lord called him; and said to him: Thou wicked servant, I forgave thee all the debt, because thou besoughtest me:  Shouldst not thou then have had compassion also on thy fellow servant, even as I had compassion on thee?  And his lord being angry, delivered him to the torturers until he paid all the debt.  So also shall my heavenly Father do to you, if you forgive not every one his brother from your hearts.

How different the Pharisees who never forgive even the smallest slight:

‘Her absurd generals, her military junk’ — Daniel Berrigan’s prophetic speech on Israel in ’73

That said, may Fr. Daniel Berrigan, S.J. rest in peace. 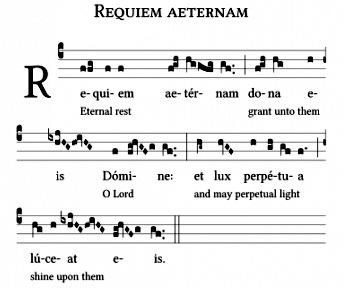