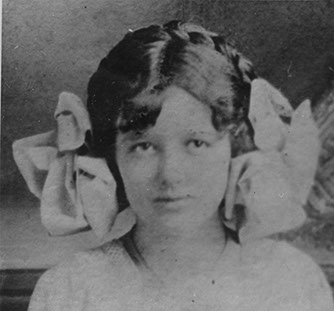 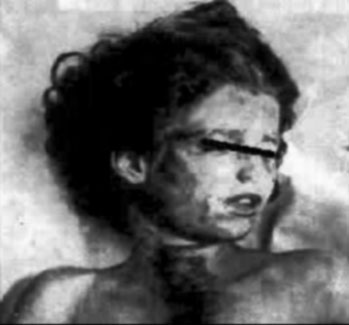 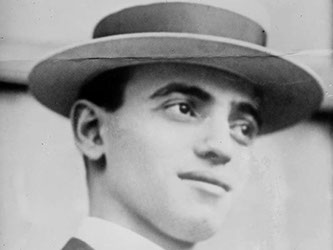 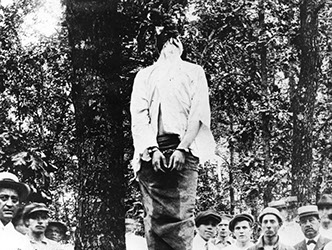 From the Leo Frank Case to the Present Day

The Secret Relationship Between Blacks and Jews, Volume 3

The Leo Frank Case–The Lynching of a Guilty Man: 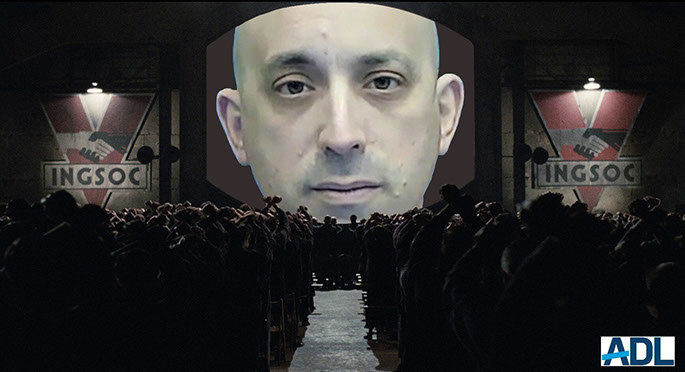 "The case of Fr.Leonard Feeney (St. Benedict’s Center) in Boston is a prime example of the ADL directing the FBI." 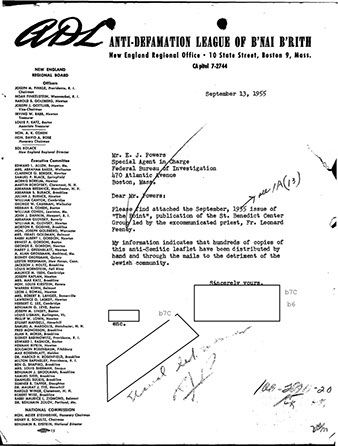 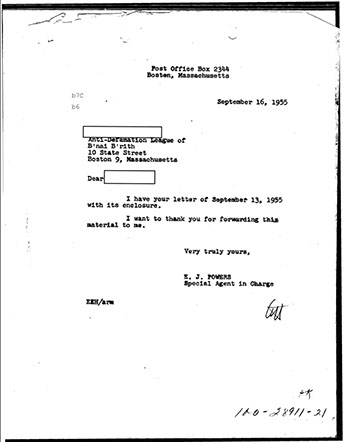 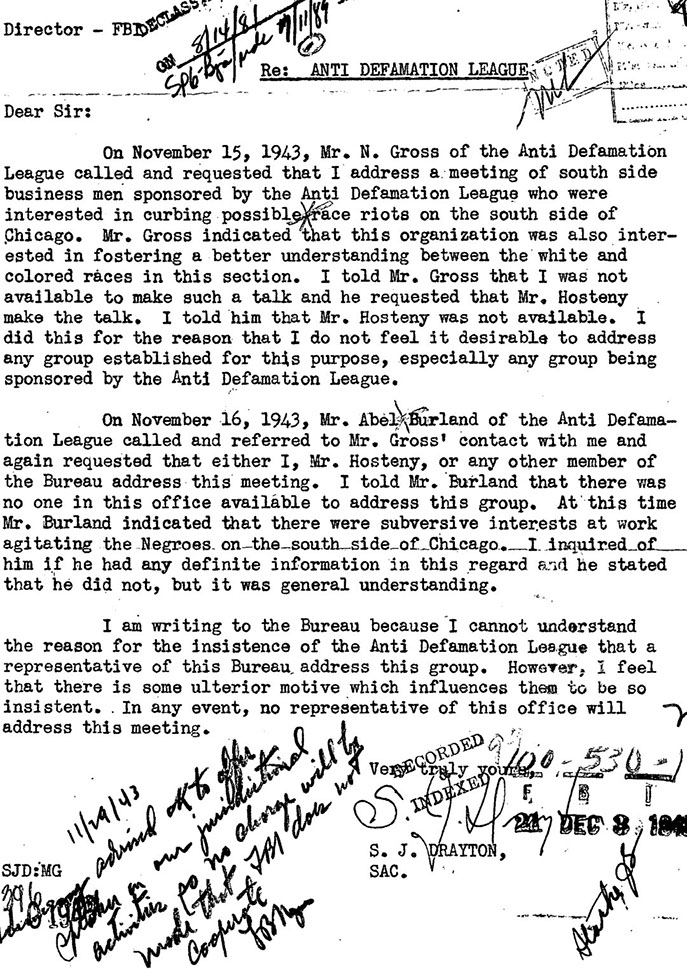 Does anyone wonder why B’nai B’rith scrubbed this from their website and from Google's archive? 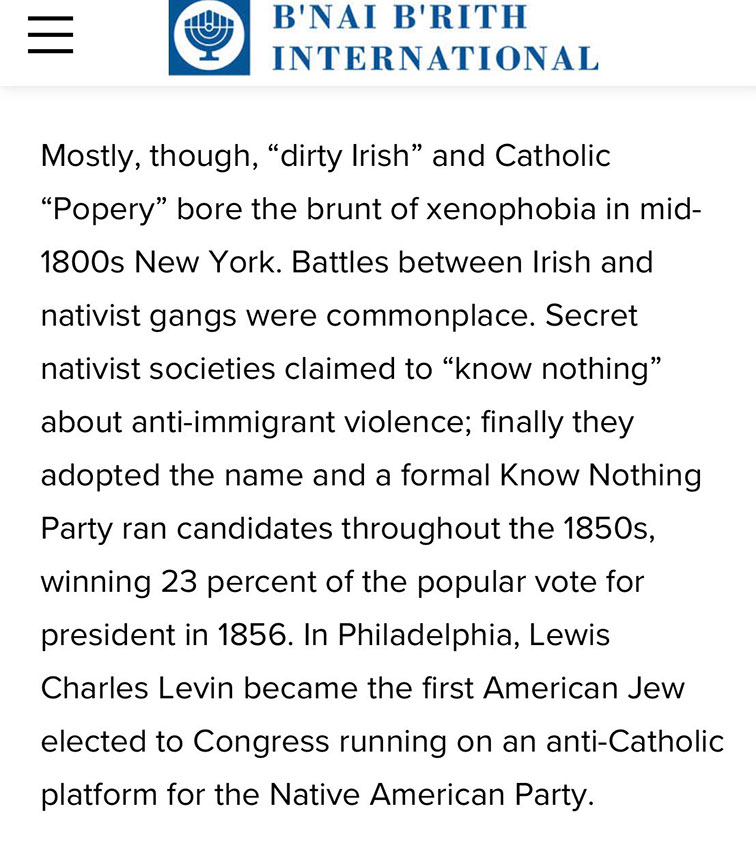 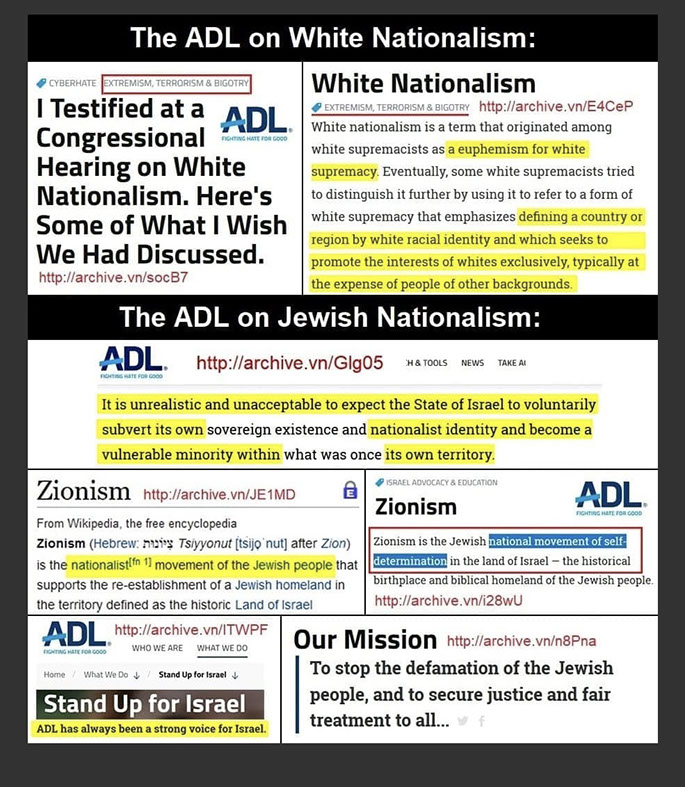 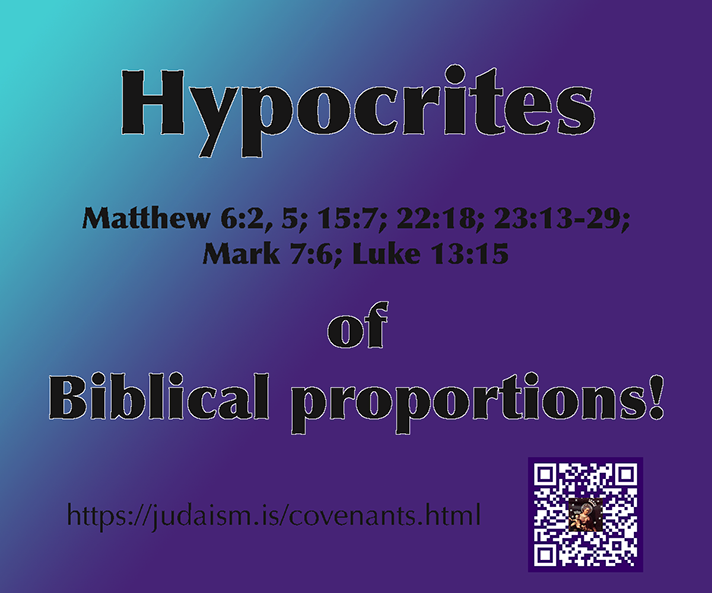 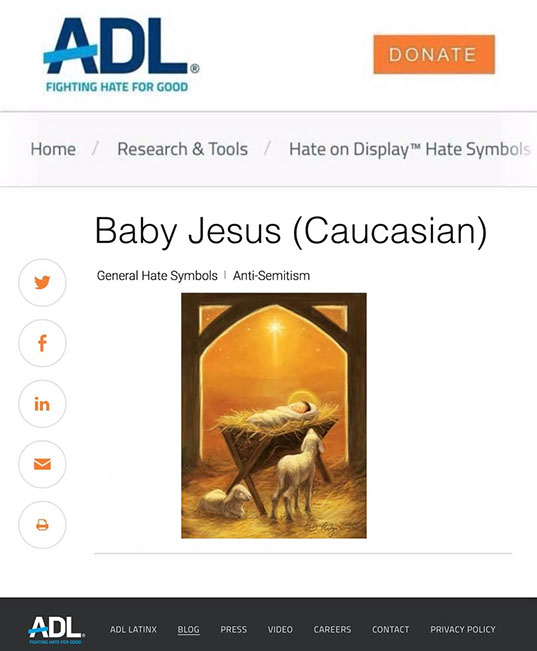 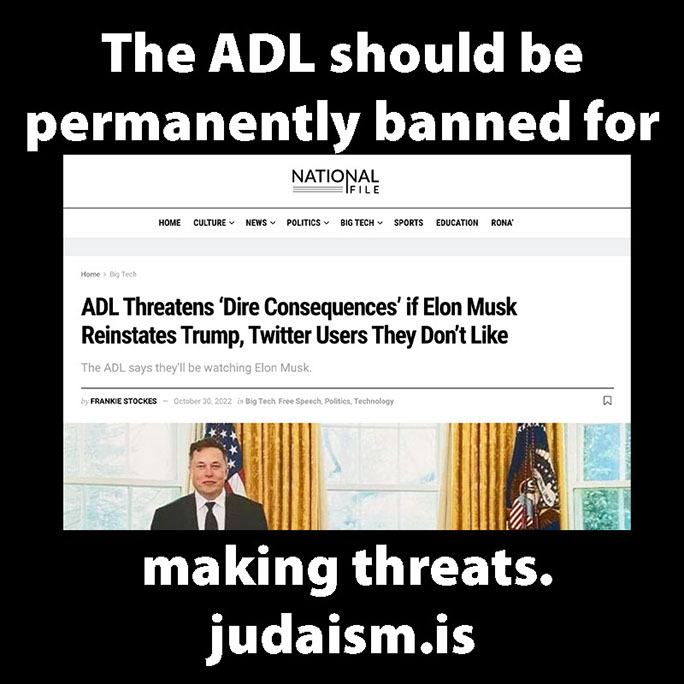 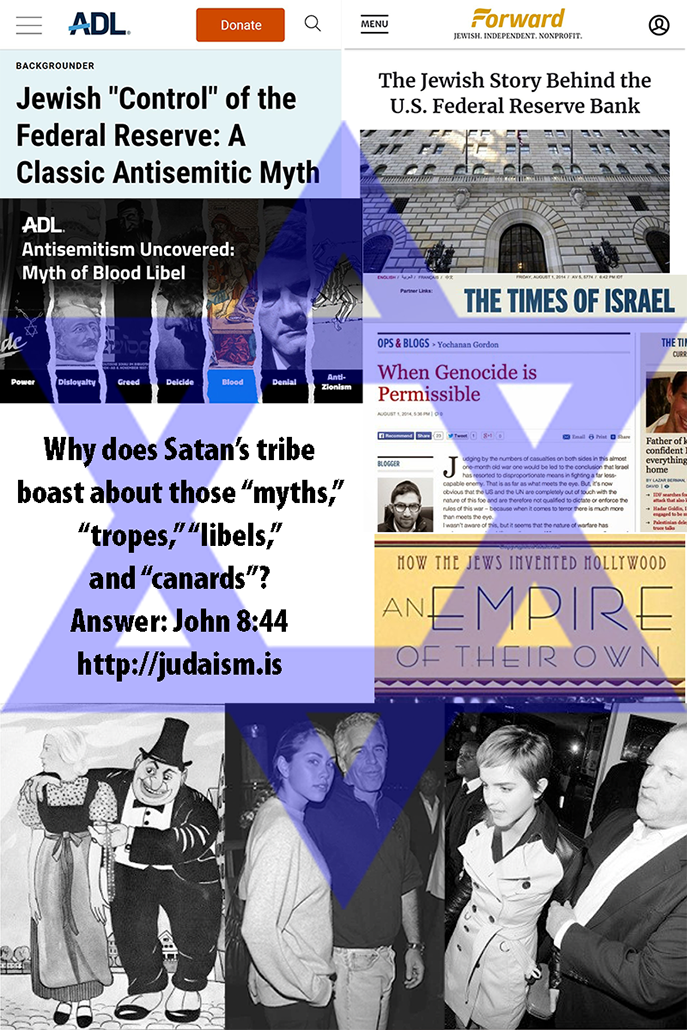 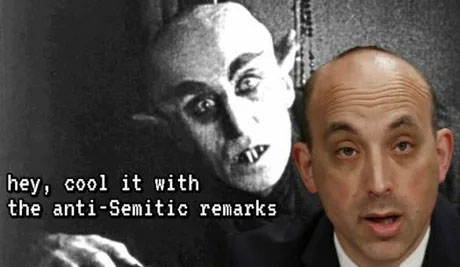 The Republican National Committee (RNC) approved a resolution repudiating the disgraced Southern Poverty Law Center (SPLC), the purported “anti-hate” organization that has become a vehicle for smearing conservatives and critics of radical leftism.

The resolution commits the RNC to officially “Refuting the legitimacy of the Southern Poverty Law Center to identify hate groups.”

The SPLC bills itself as an expert on “hate groups,” maintaining a “hate map” that tracks them around the country. However, the SPLC has repeatedly added mainstream conservative organizations to its list, smearing their reputation and allowing violent far-left criminals to locate and target them.

The RNC resolution notes that the SPLC’s smears “puts conservative groups or voices at risk of attack.”

Conservatives and critics of progressivism that have been smeared by the SPLC include the Family Research Council (which is currently part of the US Commission on International Religious Freedom), the Alliance Defending Freedom, White House speechwriter Stephen Miller, One America News reporter Jack Posobiec, moderate Muslim Maajid Nawaz, and Islam critic Ayaan Hirsi Ali.

Nawaz successfully sued the SPLC for falsely labeling him an “anti-Muslim extremist” in 2018, winning a $3.3 million settlement from the organization.

In 2012, far-left radical Floyd Corkins used the SPLC’s “hate map” to locate the offices of the Family Research Council.

He proceeded to the FRC’s offices with a loaded pistol, and opened fire on the office’s security staff before being stopped by an armed guard.

He later told authorities that he planned to kill “as many people as he could” at the FRC, and explained that his crime was politically motivated — he had seen the FRC on the SPLC’s list of “anti-gay” organizations.

The Southern Poverty Law Center - the “vicious left-wing attack dog” used by the likes of Facebook, Twitter, Google and Amazon to identify "hate groups" - is unraveling.

A week after co-founder Morris Dees was ousted over sexual misconduct claims - with two dozen employees signing a letter of concern over “allegations of mistreatment, sexual harassment, gender discrimination, and racism,” the head of the SPLC, Richard Cohen, as well as the organization's legal director, Rhonda Brownstein, resigned on Friday.

… Inside the SPLC "Scam"

As the Washington Examiner's Beckett Adams writes, the Southern Poverty Law Center is a “scam,” which has taken “no care whatsoever for the reputational and personal harm it causes by lumping Christians and anti-extremist activists with actual neo-Nazis.”

As it turns out, the SPLC is a cynical money-making scheme, according to a former staffer’s blistering tell-all, published this week in the New Yorker. The center’s chief goal is to bilk naive and wealthy donors who believe it's an earnest effort to combat bigotry.

The only thing worse than a snarling partisan activist is a slimy conman who merely pretends to be one. -Washington Examiner

“Outside of work,” recalls Bob Moser of his days working for the organization, “we spent a lot of time drinking and dishing in Montgomery bars and restaurants about … the hyperbolic fund-raising appeals, and the fact that, though the center claimed to be effective in fighting extremism, ‘hate’ always continued to be on the rise, more dangerous than ever, with each year’s report on hate groups. ‘The S.P.L.C.—making hate pay,’ we’d say.”

“[I]t was hard, for many of us, not to feel like we’d become pawns in what was, in many respects, a highly profitable scam,” added Moser.

The way Moser tells it, the center’s chief founder, Morris Dees, who was dismissed unceremoniously last week for unspecified reasons, discovered early on that he could rake in boatloads of cash by convincing “gullible Northern liberals” that his group is doing the hard work of fighting “hate.”

But the center’s supposed mission of combating bigotry doesn’t actually matter to its top brass, Moser says. It’s just a business choice and one that has been extremely lucrative throughout the years. Moser’s article reminds readers of the time Dees actually said of the SPLC in an interview with then-Progressive magazine reporter John Egerton, “We just run our business like a business. Whether you’re selling cakes or causes, it’s all the same.” -Washington Examiner

Editor's Note: It is ironic that the Jew who exposed the SPLC scam to Gentiles is named “Moser”:

The term for an individual who commits mesirah [informing on a fellow Jew] is moser (מוסר) or mossur. A person who informs on his fellow Jews is considered subject to din moser (law of the informer), which is analogous to din rodef (law of the pursuer, used to justify abortion and assassinating “awake” Gentiles]) in that both prescribe death for the offender.

Did the SPLC's 2019 Scandals Sap Its Vast Hoard of Lucre?

answer: No, “… the SPLC has smashed the half-billion dollar barrier, adding over $50 million in net assets despite the bad publicity….”

“Attorney General Jeff Sessions said Wednesday the Justice Department would not partner with groups that discriminate against or defame others, singling out the Southern Poverty Law Center for its ‘hate group’ campaign. The attorney general, speaking at the Alliance Defending Freedom Summit on Religious Liberty, accused the SPLC of wielding the ‘hate’ designation as a ‘weapon ... against conservative organizations that refuse to accept their orthodoxy and choose instead to speak their conscience.’ ‘I have ordered a review at the Department of Justice to make sure that we do not partner with any groups that discriminate,’ Mr. Sessions said in his prepared remarks. ‘We will not partner with groups that unfairly defame Americans for standing up for the Constitution or their faith.’”

“The Southern Poverty Law Center took a devastating hit to its credibility and reinforced its reputation for unfairly wielding the ‘hate’ label Monday by agreeing to pay millions of dollars to an organization previously included on a list of ‘extremists.’ In a stunning settlement, SPLC President Richard Cohen issued an apology and agreed to pay $3.375 million to the British-based Quilliam Foundation and founder Maajid Nawaz after they appeared in a since-deleted 2016 journalists' guide to ‘anti-Muslim extremists.’ The agreement, reached after Mr. Nawaz threatened to sue, prompted the center’s many critics on the right to reissue calls for media outlets and companies, which include Google and Amazon, to stop relying on the center for neutral ‘hate group’ assessments.”

The church of Morris Dees

How the Southern Poverty Law Center profits from intolerance

“…In recent years, however, it [SPLC] has become a tool of the radical left. Domestically, it uses its influence to paint with a broad brush that smears immigration restrictionists, orthodox Christian churches, and pro-family organizations as "hate groups." ... Being targeted by the SPLC has had a lasting impact on my life and career. Offers from other universities ended and speaking opportunities declined. Once you've been smeared in this way, mainstream news outlets are less likely to cite you as an expert of any kind. Yet today I wear the SPLC's mud as a badge of honor because I know I am in the company of many good men and women who have been similarly vilified for standing for righteousness and truth.”

“…the tax-exempt Alabama-based group, known as much for its fundraising prowess as its civil-rights work, sent more than $4 million to entities incorporated in the Cayman Islands, according to 2014 tax documents. Financial consultants described the overseas dealings, which include financial interests in the British Virgin Islands and Bermuda, as ‘extremely unusual’ and ‘a huge red flag’ for a 501©3 organization. The SPLC holds $328 million in net assets and raised more than $50 million in contributions in 2015 despite spending just $61,000 on legal services. ‘It’s a totally fake organization,’ said Fox News host Tucker Carlson in a Thursday night segment on the report.…” 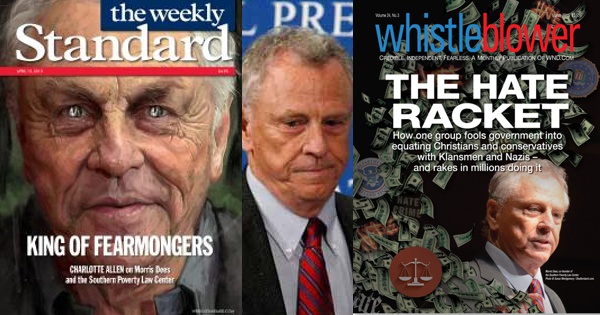 “Four of the world's biggest tech platforms have working partnerships with a left-wing nonprofit that has a track record of inaccuracies and routinely labels conservative organizations as ‘hate groups.’ Facebook, Amazon, Google and Twitter all work with or consult the Southern Poverty Law Center in policing their platforms for ‘hate speech’ or “hate groups,” a Daily Caller News Foundation [DCNF] investigation found. The SPLC is on a list of ‘external experts and organizations’ that Facebook works with ‘to inform our hate speech policies,’ Facebook spokeswoman Ruchika Budhraja told The DCNF in an interview. Facebook consults the outside organizations when developing changes to hate speech policies, Budhraja said.”

The SPLC State ... And the Unprecedented Threat to Civil Liberties

“... The SPLC [Southern Poverty Law Center] is so effective because it exercises power through multiple levels, each building on the other ... The SPLC's influence within law enforcement is magnified by how the organization's reports of ‘hate groups’ are dutifully reprinted by national outlets every year, despite the fact that many of these groups are either innocuous (such as the Family Research Council) or practically nonexistent. Many local papers also easily generate copy by simply referring to what ‘hate groups’ exist in their area, thus inspiring local watchdog groups and Antifa to begin organizing against a threat which may not even exist. ... The SPLC serves not just as an activist group, but as an authority determining who is and who is not permitted to operate a group or business.”

“G. Morris’ Step-Daughter. Holly Buck, Maureene’s daughter by a previous marriage, is eighteen years old (R. 728). She was seven years old when her mother and Morris married, and she has lived with them in the house at Mathews from then until the separation (R. 728). Holly testified that, in the summer of 1977, Morris attempted to molest her in the following incident (R. 729): One night Maureene and Morris were sitting drinking wine and discussing a case Morris was trying. She was with them. Around eleven or twelve o’clock Maureene went to bed and Holly stayed up with Morris discussing the case. Morris kept offering Holly wine, some of which she accepted. At Morris’ suggestion, they went outside to the pool, and he suggested that they go for a swim, but Holly was tired and declined (R. 731). She went to her room and then went into the bathroom. Looking out the window, she saw Morris in the bushes beside the bathroom window looking in (R. 731). She said ‘Morris, is that you’, but he said nothing and ran away (R. 732). Two months later, she was asleep one night and Morris entered her room from Ellie’s room, through the bathroom. He was in his underwear and he sat on the bed where Holly was lying on her stomach facing away from the door. He touched her on the back and woke her up. He told her that he had brought her a present, and he presented her with a vibrator. He plugged it in and said he had brought it to her. He proceeded to rub it on her back and said, ‘Let me show you how to use it’ (R. 733). She said that’s not necessary, but he started to place it between her legs when she raised her voice and said no loudly. He then took the vibrator and left (R. 734). All he had on was a pair of bikini underwear shorts (R. 734). About two hours later, she had fallen back asleep and he came back in (R. 735). He brought the vibrator with him, plugged it in and said again, ‘Let me show you how to use it.’ He tried to show her again by putting it between her legs, but she raised her voice again and he stopped. He took it and left (R. 635). She did not tell her mother about this incident until the separation when they moved out of the Mathews house in the spring of 1979 (R. 736).” 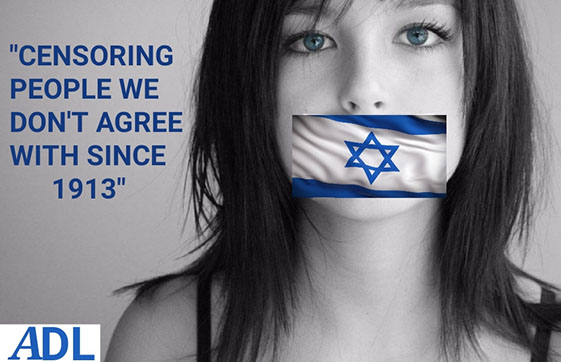 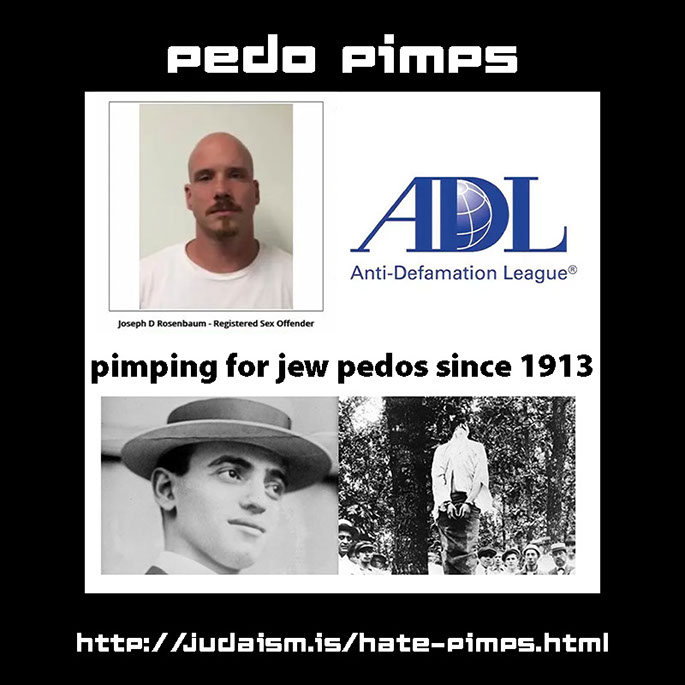 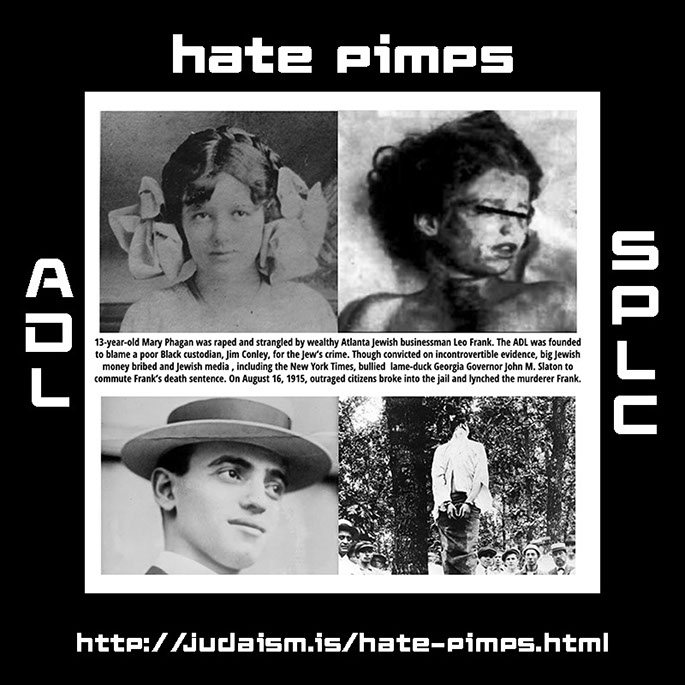