jump to the RITUAL MURDER page

“Children have been shot in other conflicts I have covered…but I have never before watched soldiers entice children like mice into a trap and murder them for sport.”

“Two thirds of the 621 children (two thirds under 15 years) killed at checkpoints, in the street, on the way to school, in their homes, died from small arms fire, directed in over half of cases to the head, neck and chest—the sniper’s wound. Clearly, soldiers are routinely authorized to shoot to kill children in situations of minimal or no threat…”

Palestine: the assault on health and other war crimes

Operations room: “Are we talking about a girl under the age of 10?”

Watchtower: “A girl of about 10, she’s behind the embankment, scared to death.”

Captain R (after killing the girl): “Anything moving in the zone, even a three-year-old, needs to be killed.”

“Captain R” was promoted and given a bonus.

Israeli Member of the Knesset for the “Jewish Home” party (and Justice  Minister since 2015) Ayelet Shaked stated that all Palestinian mothers should be killed so they do not raise any more “little snakes.”

“On Monday [June 30, 2014] Shaked quoted this on her Facebook page: ‘Behind every terrorist stand dozens of men and women, without whom he could not engage in terrorism. They are all enemy combatants, and their blood shall be on all their heads. Now this also includes the mothers of the martyrs, who send them to hell with flowers and kisses. They should follow their sons, nothing would be more just. They should go, as should the physical homes in which they raised the snakes. Otherwise, more little snakes will be raised there.’

‘They have to die and their houses should be demolished so that they cannot bear any more terrorists,’ said Shaked. Standing behind the operations on Gaza, ‘they are all our enemies and their blood should be on our hands. This also applies to the mothers of the dead terrorists,’ Shaked added.

A day before Palestinian teenager Muhammad Abu Khudair was kidnapped and burned alive allegedly by six Israeli Jewish youths, Shaked published on Facebook a call for genocide of the Palestinians.”

Jewish supremacist billionaire Sheldon Adelson, President Trump’s handler, says it’s unfortunate that he served in the US military instead of the IDF and that he hopes his son will one day serve in the IDF as a sniper.

An Israeli professor disclosed in a recent lecture series at Columbia University that Israeli authorities have permitted large pharmaceutical firms to experiment on Palestinian prisoners, and have been testing weapons on Palestinian children. Professor Nadera Shalhoub-Kevorkian, the Lawrence D. Biele Chair in Law at Israel's Hebrew University, also presented in Amsterdam in January on the same topic ... Shalhoub- Kevorkian's presentation was based on data she gathered for a research project for the university ... Shalhoub-Kevorkian also pointed out that Israeli military firms test weapons on Palestinian children in the Palestinian neighborhoods of occupied East Jerusalem. "Palestinian spaces are laboratories," she explained.

Only a Jew could sexualize murder of children 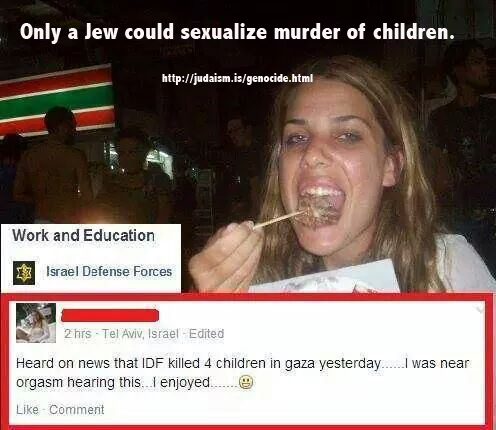 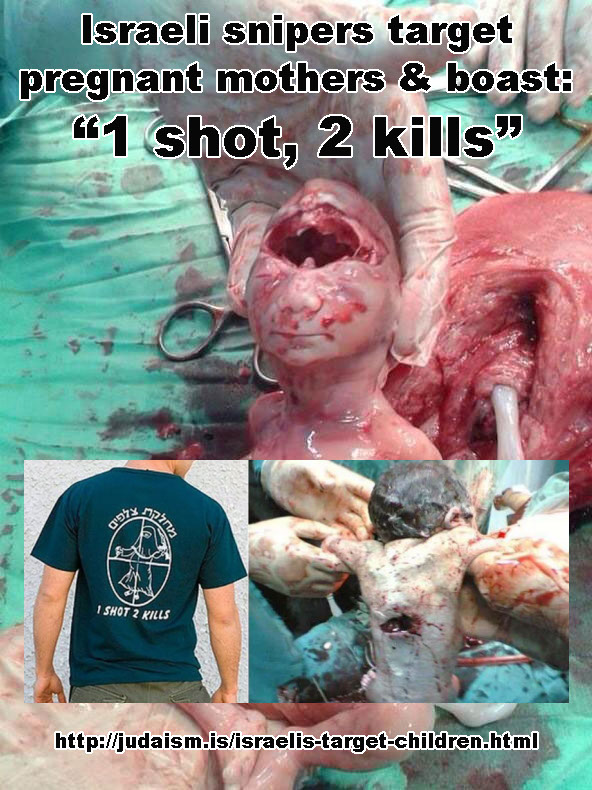 Sheldon Adelson in Israel regrets having worn the
Uniform of the United States.

He wants his son to become an Israeli sniper. 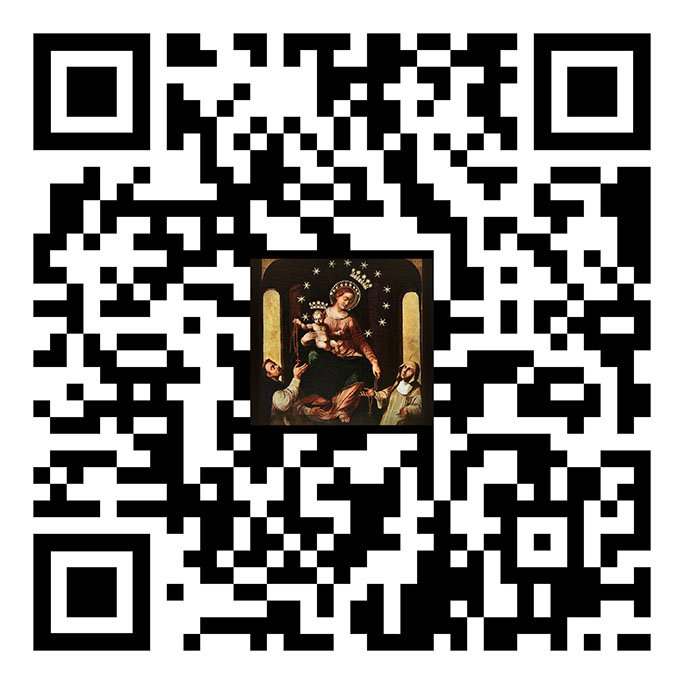 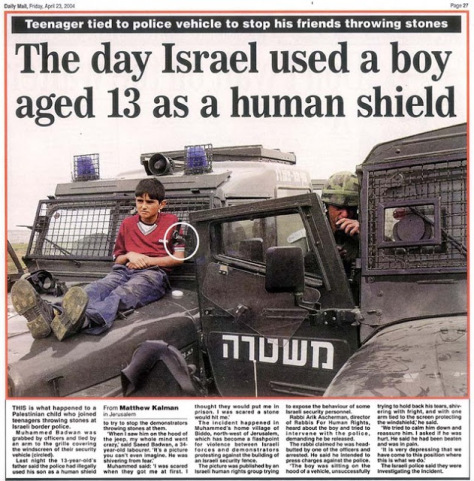