Who is human? • Blacks? Not in Judaism! 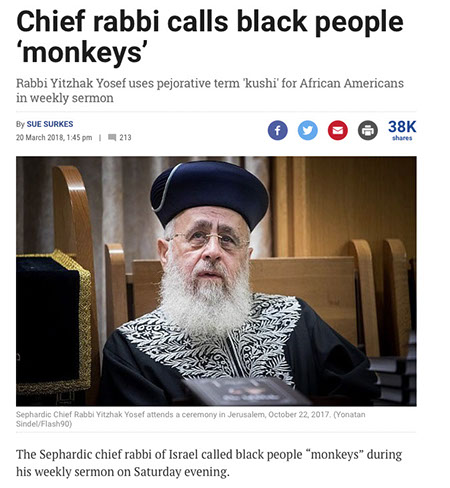 Chief Rabbi calls black people ‘monkeys’by Sue Surkes, Times of Israel, March 30, 2018https://www.timesofisrael.com/chief-rabbi-compares-african-americans-to-monkeys/Jews have wrought misery upon humanity far in disproportion to their tiny fraction of the global population. This is as true for the Jewish role in the “Black Holocaust” (of an estimated 110 million taken from Africa, 90% died en route and the surviving 10% were enslaved) as in the case of Jewish Communism (the Jewish 1-2% of the Russian population managed to murder over 60 million Gentiles in short order). Judaism teaches that non-Jews are animals "in the form of men" with satanic souls. They have especially disparaged, de-humanized, genocided, and enslaved Blacks.

Jews were the primary distillers of rum and spirits in Newport, Rhode Island (and elsewhere). Jewish slavers used the rum to trade for slaves in Africa. On return to the Western Hemisphere, Jewish slavers sold their surviving human cargo to mostly Jewish auctioneers. Since the Jewish slavers and auctioneers only held ownership for brief periods until sold, census data, as frequently cited in factoids (sound like facts) by deniers of the Black Holocaust, drastically undercounts the Jewish role in the Black Holocaust.  That said, even the census data shows that about 78% of Jewish households held slaves, approximately double the rate of Gentile slave ownership. See: Documents Illustrative of the History of the Slave Trade to America by Elizabeth Donnan, 1930 Pittsburg: Carnegie Institute of Technology and The Secret Relationship Between Blacks and Jews, Volume 1 Jews in the Black Holocaust: https://store.finalcall.com/collections/books-and-literature/products/the-secret-relationship-between-blacks-and-jews-volume-1

Here is a scathing indictment of a Jew by a Jew, describing in acerbic clarity the Jews’ phony pose of friendship to Blacks: Oy vey! Rise Up Already, You Schvartzes

“Some of the Turks and the nomads in the North, and the Blacks and the nomads in the South, and those who resemble them in our climates. And their nature is like the nature of mute animals, and according to my opinion they are not on the level of human beings, and their level among existing things is below that of a man and above that of a monkey, because they have the image and the resemblance of a man more than a monkey does.”

Maimonides, Judaism’s “greatest” rabbi, the “Great” Rambam, explaining who is not fit “to participate in the world to come,”

Ham. The Other Black Meat.

Jewish Origin of the Curse of Ham

The article does a deep dive on Jewish slavers in this one representative Yankee city, Philadelphia. The evidence is incontrovertible. And not just Blacks and Whites suffered at the hands of the Jews:

“…Jewish merchant Levy Andrew Levy was part of a massive trading operation based in western Pennsylvania. It was Levy who participated in the extermination plot against the Indians by providing British General Jeffrey Amherst with blankets laced with smallpox. The disease killed millions of Indigenous human beings across America. Levy’s receipt for the blankets was published in a book by Rabbi Harold Sharfman.”

But the sordid history of Wall Street is actually much older and darker. December 13, 2011 was the three hundredth anniversary of the law passed by the New York City Common Council that made Wall Street the city’s official slave market for the sale and rental of enslaved Africans.

Be it Ordained by the Mayor Recorder Aldermen and Assistants of the City of New York Convened in Common Council and it is hereby Ordained by the Authority of the same That all Negro and Indian slaves that are lett out to hire within this City do take up their Standing in Order to be hired at the Markett house at the Wall Street Slip untill Such time as they are hired, whereby all Persons may Know where to hire slaves as their Occasions Shall require and also Masters discover when their Slaves are so hired and all the Inhabitants of this City are to take Notice hereof Accordingly.The predecessor bank of Citibank, which has offices at 111 Wall Street, was actually founded by a banker and sugar trader deeply involved in financing the illegal slave trade bringing Africans into Cuba in the 19th century. When Moses Taylor died in 1882, he was one of the wealthiest men of that century with an estate reportedly worth $70 million, or about $1.6 billion in today’s dollars.

There is now an online petition addressed to Mayor Bloomberg and the City Council calling for a historical marker at the site of the Wall Street slave market detailing its role in the history of New York City. I signed the petition and welcome others to join the campaign. The letter reads:

December 13th is the 300th anniversary of the law establishing the first slave market in New York. That market was located at the end of Wall Street where present day Water Street is. Yet there is not a single sign, plaque, marker, statue, memorial or monument with any reference to slavery or the slave trade in Lower Manhattan (with the exception of the African Burial Ground memorial).

The fact is that New York’s first City Hall was built with slave labor. The first Congress passed the Bill of Rights there and George Washington gave his inaugural speech there. Slaves helped build the wall that Wall Street is named for. Slavery was such a big part of early New York that during the colonial era one in five people living in New York was an enslaved African. One in five. Yet there are no permanent signs acknowledging the role slaves played in early New York.

Even after the discovery of a massive, 6.6 acre burial ground where Africans — free and enslaved — were buried, with thousands of individuals possibly still in the ground, their contribution to New York is and has been completely invisible. After 300 years it is finally time to tell their story. 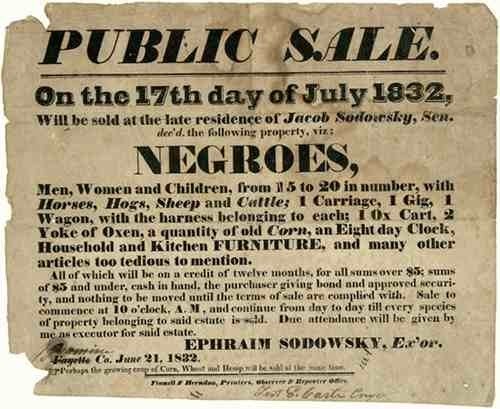 “...the servitude of animalistic black Africans should be perpetual.”

“Northerners cannot realize how low in intelligence, how irresponsible the pure negro is. He is an animal… even worse than most animals…”

Adolph Ochs, Tennesse-born Jewish owner of the New York Times in his New York Times, June 9, 1901 in The Secret Relationship Between Blacks and Jews,Volume 3 The Leo Frank Case–The Lynching of a Guilty Man:

“In fact, the cotton-plantations in many parts of the South were wholly in Jewish hands, and as a consequence slavery found its advocates among them.” 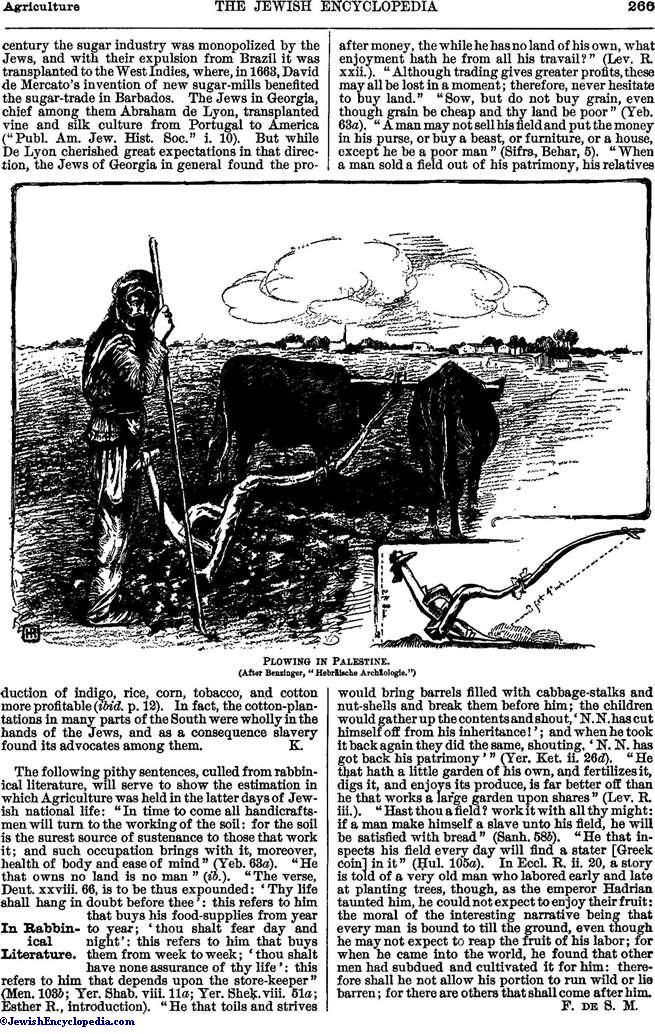 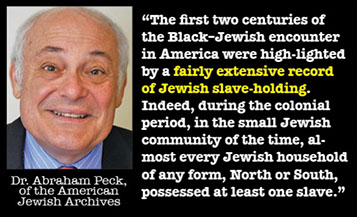 The Jewish Role in the African Slave Trade

frequently disappeared from YouTube, and now even from Bitchute:
part 1 https://dai.ly/x2vos7a

Yankee Jewish slavers continued to ply their trans-Atlantic trade into Brazil until 1879, for 17 years after the Emancipation Proclamation. 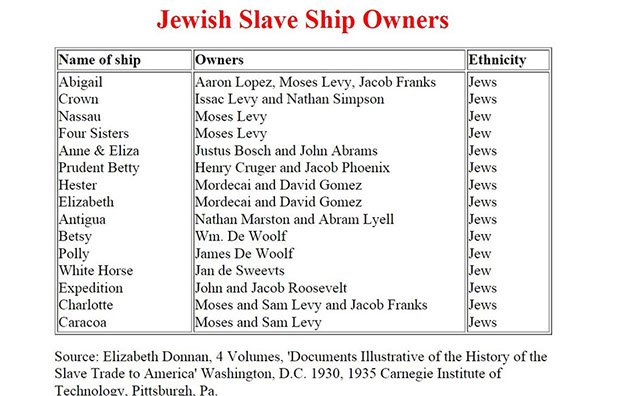 “It turns out Bernard Baruch [infamous Zionist and ‘Wall Street Legend’], a self proclaimed ‘descendant of King David,’ was also a descendant (mother’s side) of a Sephardic ship owner Isaac Rodriguez Marques whose cargo regularly included slaves from Africa.”

Pages 4-5 are missing from Google Books:

Bernard M. Baruch: The Adventures of a Wall Street Legend 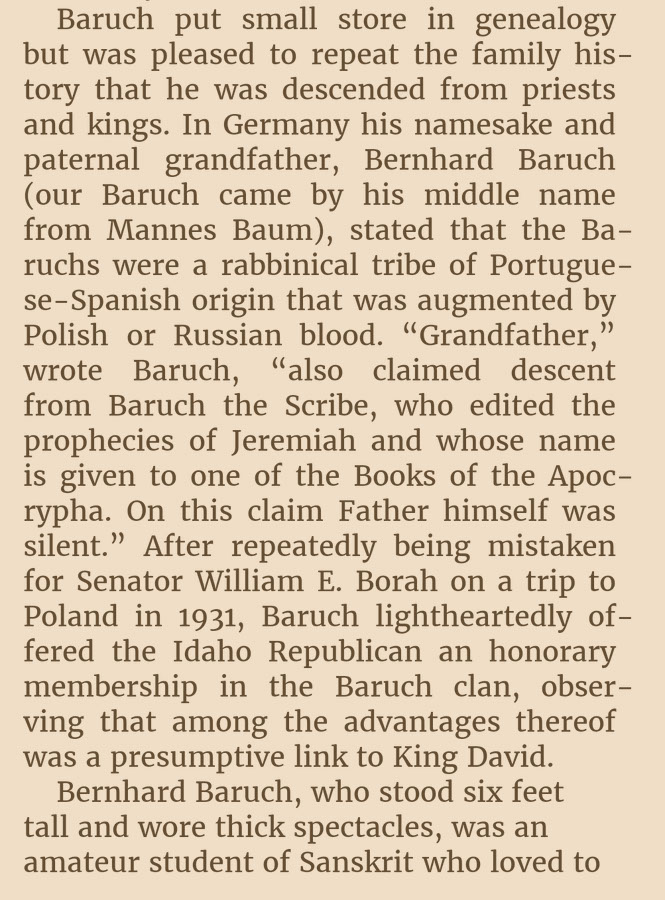 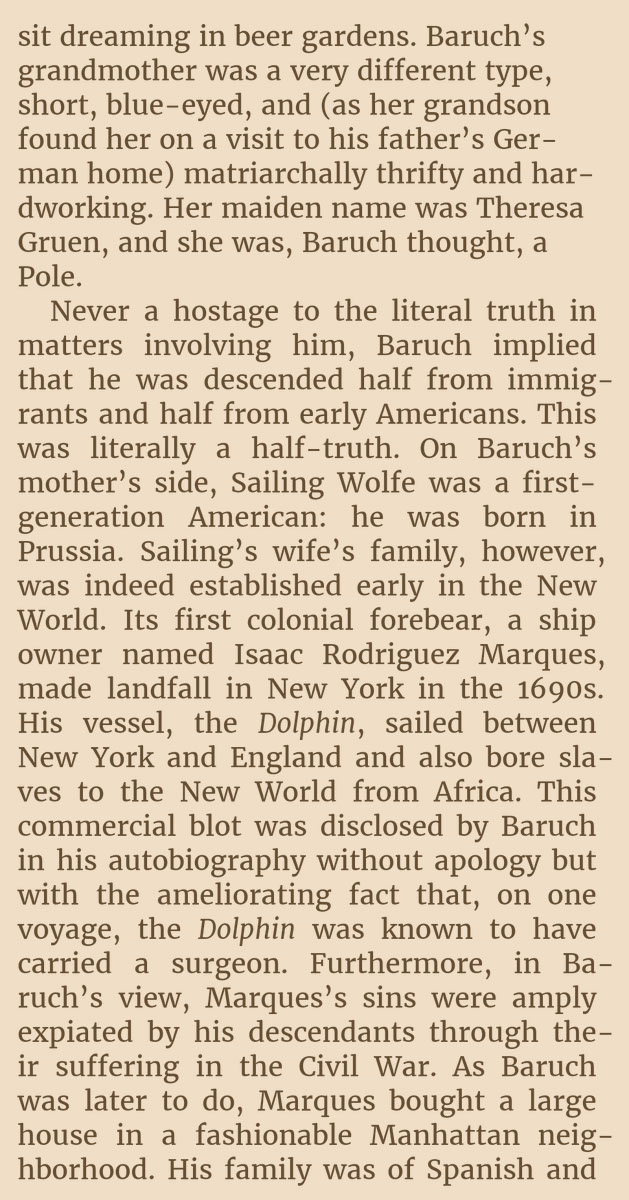 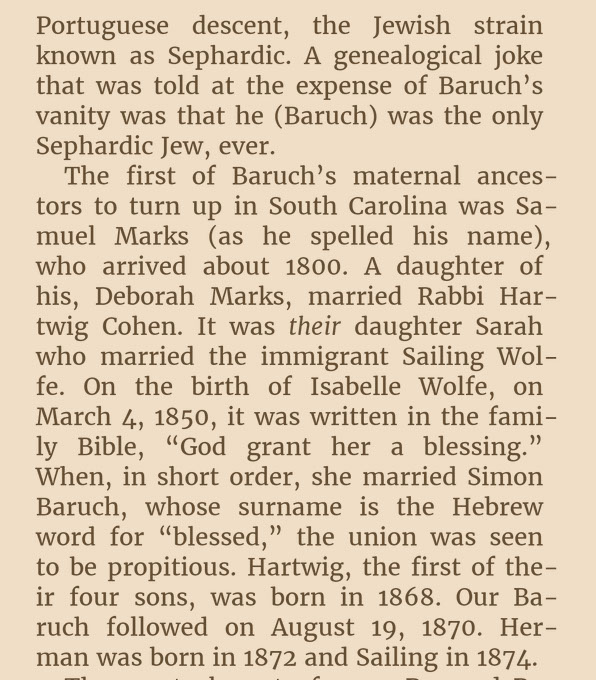 “Bernard Baruch ‘felt extravagantly proud of his father’ upon discovering his KKK hood & robe, and when the B’nai B’rith/ADL lodge bestowed its highest honor on Bernard Baruch he fondly recalled the Jewish ideals he learned from his KKK, Confederate father.” 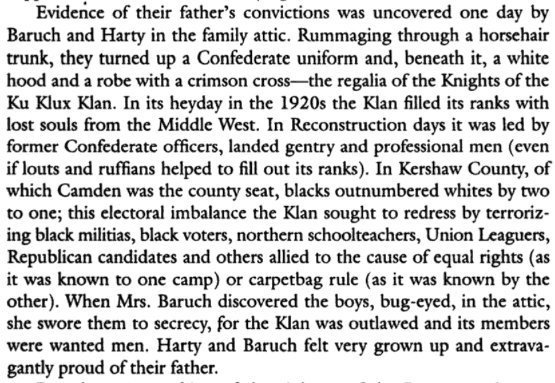 Should Judaics have to pay Reparations for Slavery?

commentary on Should Jews Have To Pay Reparations for Slavery?

See also the meticulously documented three-volume study by the Nation of Islam. Amazon banned these books, the free e-book is no longer available, and most bookstores doesn’t stock the trilogy. The only source I found tonight is the NOI store: 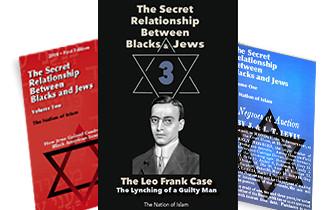 The Secret Relationship Between Blacks and Jews
Volume 1 Jews in the Black Holocaust:

Volume 2 How Jews Gained Control of the Black American Economy:

Volume 3 The Leo Frank Case–The Lynching of a Guilty Man: 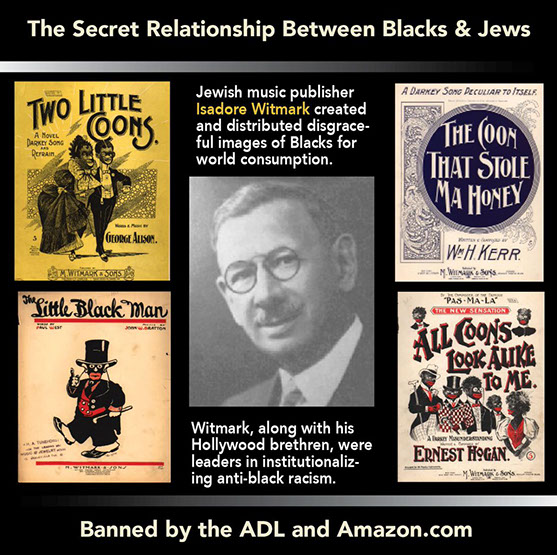 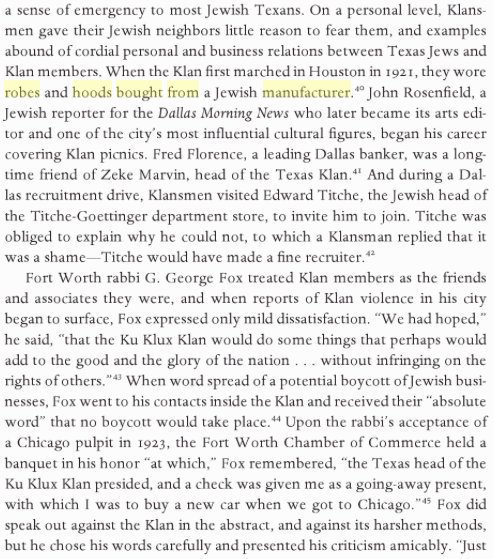 The Chosen Folks: Jews on the Frontiers of Texas 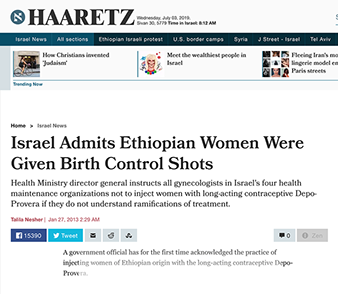 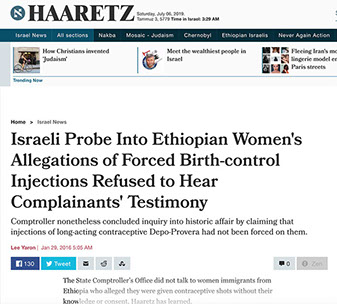 This explains his genocide against white Christians and his support from genocidal Chabad. 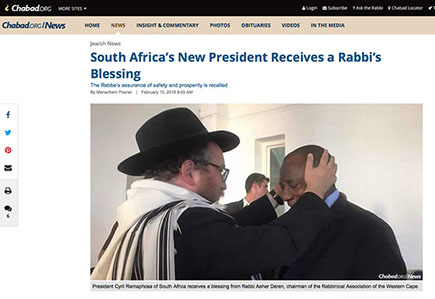 Never forget! Gentiles of every color are at risk!

even archive.org is disappearing evidence against the Jews: https://web.archive.org/web/20200320032841/https://www.youtube.com/watch?v=ZWBM4p7pucc&feature=youtu.be

…and black… er… back in the USA

Were Subversive Jews behind BLM/Antifa attack on white teen at Kenosha riots?

Not that shocking. Jews have long financed and run destructive movements.

Video analysis of the attempted murder
of Kyle Rittenhouse