All types of Judeo-Communism are heresies

Some Protestants insist that the early Church was Marxist. Unlike Judeo-Communism the communal living of some early Christians and of later religious orders was, and still is, voluntary. Unlike Judeo-Communism private property is respected and protected by Catholic law and moral theology. About a dozen papal encyclicals have condemned Judeo-Communism since its earliest inception by Rabbi Moses Hess and his disciple Marx (among many, see Rerum Novarum, Leo XIII 1891). Since Rabbi Moses Hess preceded Marx in formulating Communism, one wonders at the appellation “Marxism.”  Even the infamous Zionist Rabbi Stephen S. Wise opined, “Some call it Marxism . I call it Judaism” (American Bulletin, May 15, 1935). Rabbi Hess explicitly stated he developed Communism to destroy the Catholic Church and what remained of Christendom.  Marx affectionately called Rabbi Hess, “my communist rabbi.” There is an entire chapter on Rabbi Hess in Hoffman's tome Judaism Discovered.    To be clear, it is not the Church, but the synagogue that afflicted the world with Communism. Plenty more related content is here: http://judaism.is/perpetrators.html 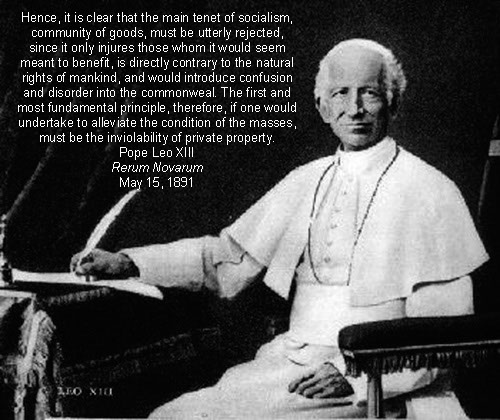 As Pope Pius XI noted in Quadragesimo Anno, May 15, 1931, issued on the fortieth anniversary of Rerum Novarum, the capitalist error of individualism cannot be ‘fixed’ by the socialist error of collectivism. Men need the true Faith to guide them as they conduct their temporal affairs in light of their Last End:

But it is only the moral law which, just as it commands us to seek our supreme and last end in the whole scheme of our activity, so likewise commands us to seek directly in each kind of activity those purposes which we know that nature, or rather God the Author of nature, established for that kind of action, and in orderly relationship to subordinate such immediate purposes to our supreme and last end. If we faithfully observe this law, then it will follow that the particular purposes, both individual and social, that are sought in the economic field will fall in their proper place in the universal order of purposes, and We, in ascending through them, as it were by steps, shall attain the final end of all things, that is God, to Himself and to us, the supreme and inexhaustible Good. . . .

If Socialism, like all errors, contains some truth (which, moreover, the Supreme Pontiffs have never denied), it is based nevertheless on a theory of human society peculiar to itself and irreconcilable with true Christianity. Religious socialism, Christian socialism, are contradictory terms; no one can be at the same time a good Catholic and a true socialist. (Pope Pius XI, Quadragesimo Anno, May 15, 1931.)

There is no such thing as Christian socialism. No one can be at the same time a good Catholic and a true socialist.

Toward a Truly Free Market: A Distributist Perspective on the Role of Government, Taxes, Health Care, Deficits, and More

What Is Capitalism and Where Did It Start? 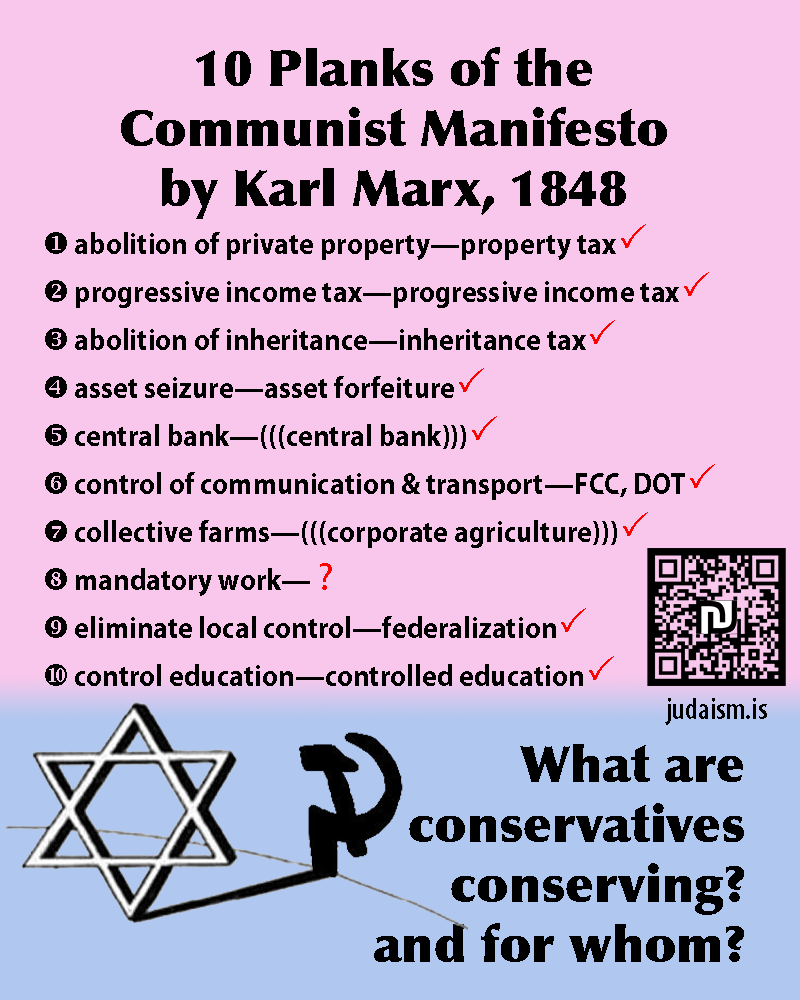 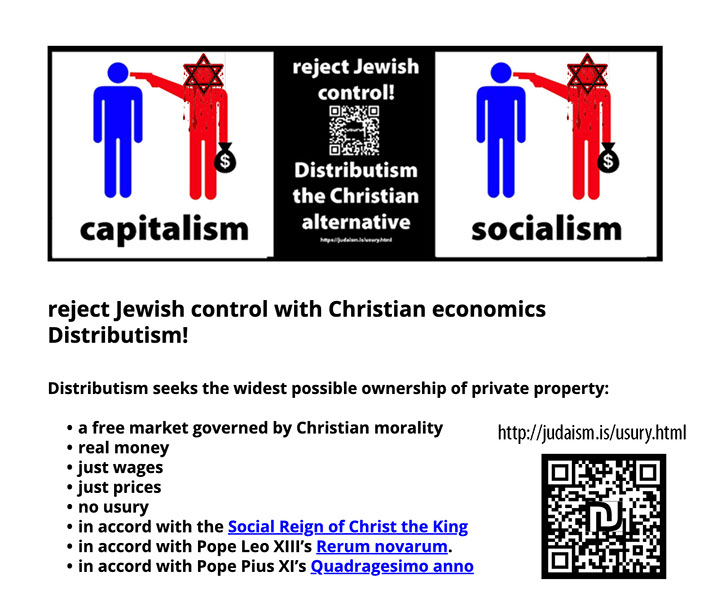