Pharisees • sola scriptura is not scriptural

Not all Jesus’ teachings were written down—the Bible says so. Jesus commanded “preach,” not “publish.”

The Church depended on oral preaching and written fragments and the Vetus Latina until the New Testament was completed through the work of St. Jerome in the 4th century A.D. St. Jerome was fluent in Aramaic, Hebrew, Greek, and Latin. He had—and was competent to translate—original documents that have been long lost to us and also had corroborating documents from the Early Fathers, only some of which we still have. He also had the Septuagint, because there was no complete Hebrew translation of the Old Testament. He meticulously winnowed wheat from chaff. His Latin Vulgate translation of both the Old and New Testaments was commonly used for a millennium before it was finally canonized as official by the Church at the Council of Trent.

Amusingly, there are people today who have neither the documents nor the linguistic fluency, but yet they think they can vet gnostic, Masoretic, hermetic, and other scriptural frauds.

Authentic Scripture is valuable; so is Apostolic Tradition. Read the Fathers who walked with Jesus and the Apostles. Believe the Bible and the traditions passed on by the preaching of the Apostles as the Bible commands. 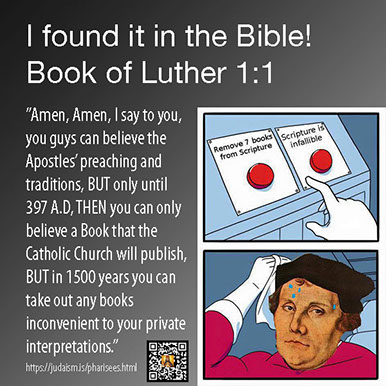 Three questions for Protestants to ponder:

So, by the Protestant “Bible only” standard, the first three centuries of Christians were wrong because they obeyed oral tradition.  Go figure.

The irony is this—the only bridge between Jesus Christ on Earth and the bowdlerized Protestant “Bible” today is… (angelic trumpets here)… oral tradition, the very same oral tradition that Protestants despise and ridicule.

Sola scriptura is self-contradictory (“Believe the Bible… except when it rejects Protestant theology”) and so invalidates Protestantism. Sola scriptura is completely inconsistent with the timeline: The only complete Scriptures at the time of Jesus and the Apostles were in the Septuagint. Jesus refers to the Old Testament in, for example, John 5:39. How could Jesus or the Apostles insist on believing only the Old Testament? ...or New Testament written sources that had not yet been put to paper? “Don’t believe anything we preach, except what is later going to be put down on paper.” A truly nutty doctrine:

“Amen, Amen, I say to you, you guys can believe the Apostles’ preaching and traditions, BUT only until 397 A.D, THEN you can only believe a Book that the Catholic Church will publish, BUT in 1500 years you can take out any books inconvenient to your private interpretations.” 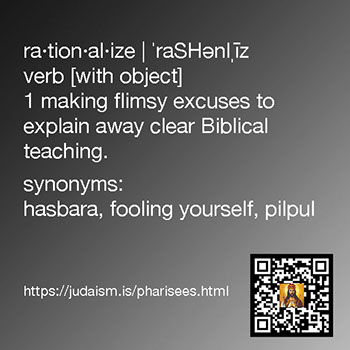 Sola Scriptura is illogical, nutty rationalization for the “traditions of men.”

The only rational interpretation is this:  The Bible is valuable (2 Timothy 3:16), but not everything (John 21:25); Apostolic Tradition, the preaching “heard,” is essential (see the verses above) not only to determine what is canonical, but also because not everything Jesus said could be put down in a book. Sola scriptura is one of the most fundamental reasons that Protestantism fails: Without the oral traditions of the Apostles, Disciples, and Fathers of the first three centuries A.D., there would be no basis to judge what belongs in the canon of Scripture.

See also: The “Bible Alone” is Not Enough • Answers to 25 Questions on the History of New Testament that refute the Protestants’ “Bible Only” Theory. 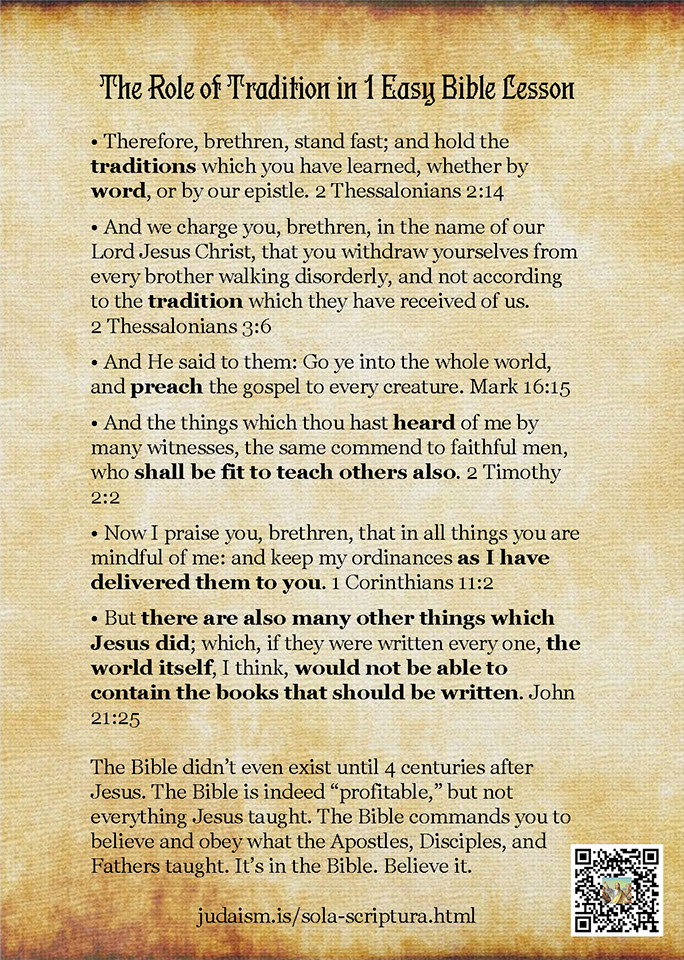 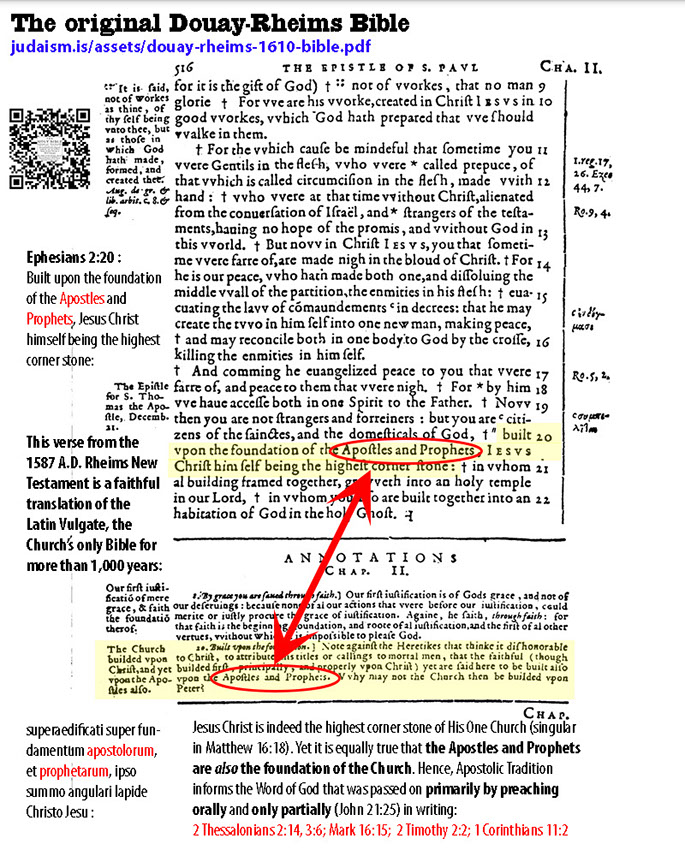 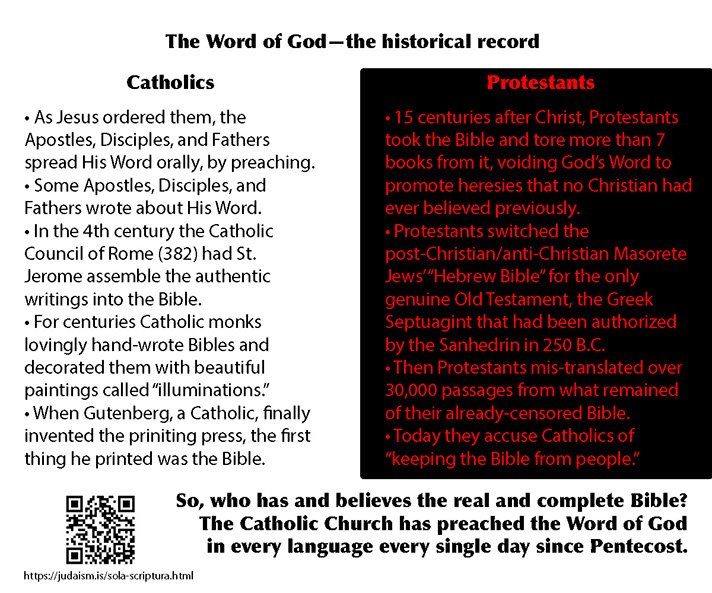 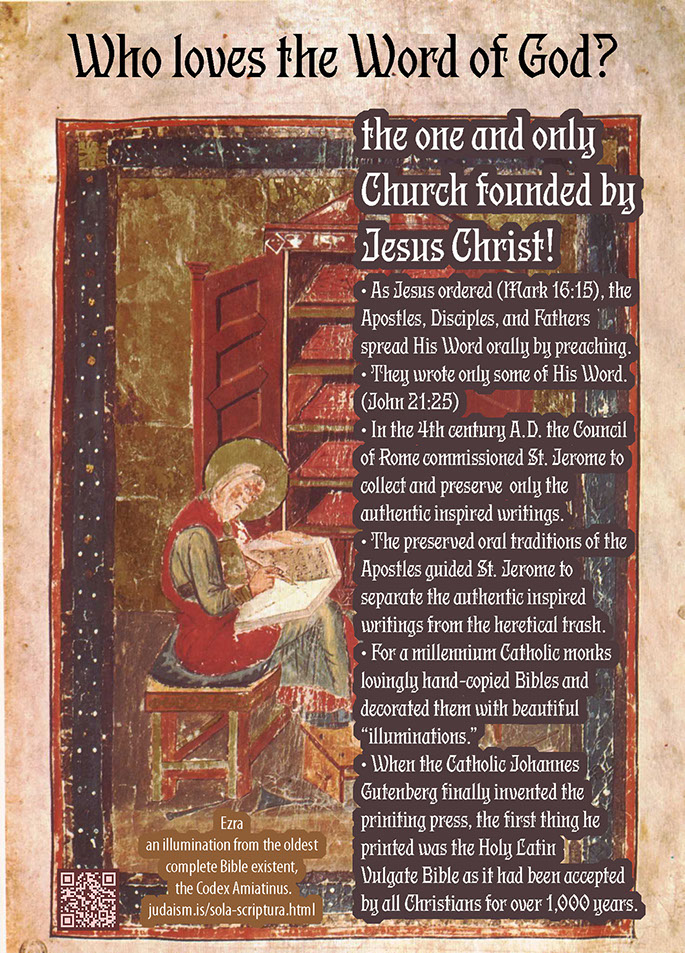 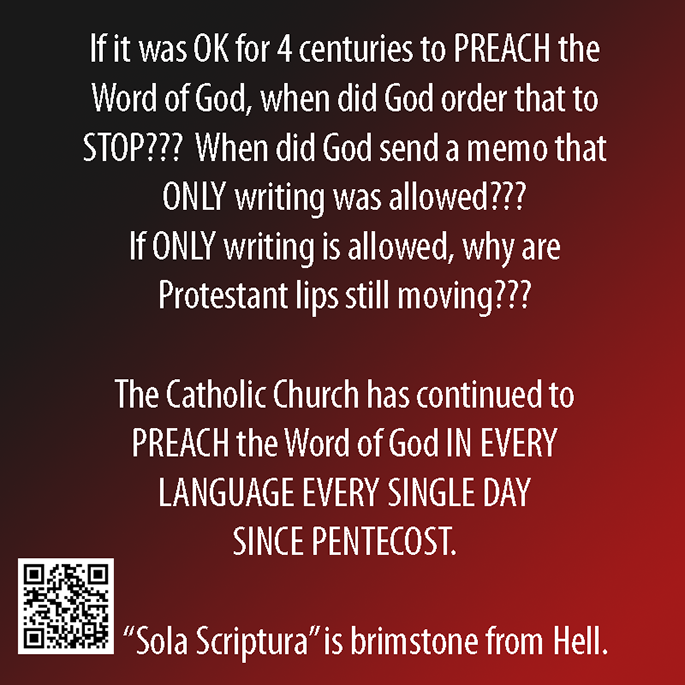 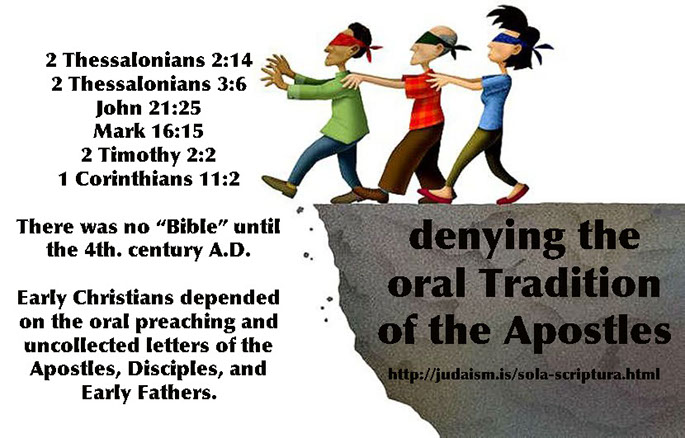 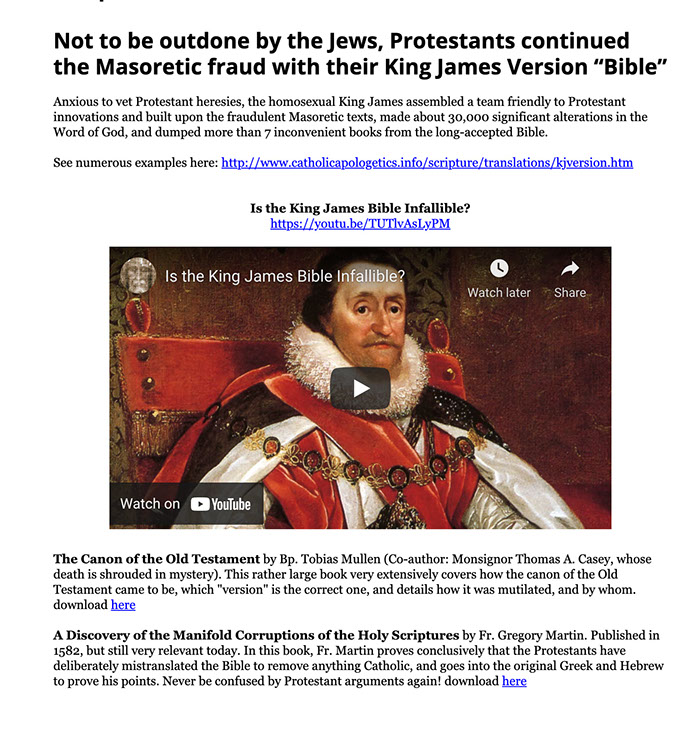 What you don't know about Martin Luther!

Martin Luther, the Devil and Denominations 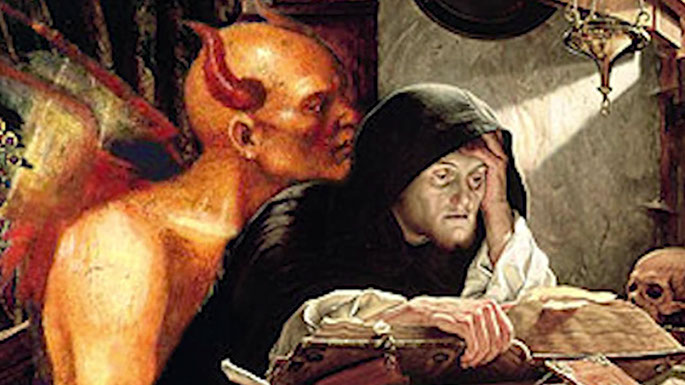 Martin Luther also had a preoccupation with the Devil, with the bathroom, and with matters one can only call disgusting.  Even Protestant scholars have noted that Luther’s fascination with crude subjects is disquieting.  He admittedly had much interaction with the Devil.  “These [demons] would haunt the imagination of Martin Luther who had visions, which he believed to be actual physical occurrences, of the devil hurling [excrement] at him and his hurling it back.  Indeed, in one of his many anal combats with the devil – in which Luther would challenge the devil to ‘lick’ his posterior – Luther thought the best tactic might be to ‘throw him into my anus, where he belongs.’” (H.W. Crocker, Triumph, Roseville, CA: Prima Publishing, 2001, p. 237.)  After he had come to his position against the Papacy, Luther called the “Papal decretals the Devil’s excretals.”  He also said that the pope and cardinals should be killed, and that he and his supporters should wash their “hands in their blood.” (Pastor, History of the Popes, Vol. 7, p. 393.)

Luther claims that he came up with justification by faith alone while on the toilet.  He claims that it came as “knowledge the Holy Spirit gave me on the privy in the tower.” (Quoted in William Manchester, A World Lit only By Fire: The Medieval Mind and the Renaissance Little Brown & Co., 1993, p. 140.)  In fact, Luther’s idea that people need to commit real and “honest” sins seems to have originated from a conversation with the Devil.  This is from Luther’s Table Talk.

"[Luther said:] When I awoke last night, the Devil came and wanted to debate with me; he rebuked and reproached me, arguing that I was a sinner.  To this I replied: Tell me something new, Devil!  I already know that perfectly well; I have committed many a solid and real sin.  Indeed there must be good honest sins - not fabricated and invented ones - for God to forgive for God's beloved Son's sake, who took all of my sins upon Him so that now the sins I have committed are no longer mine but belong to Christ.  This wonderful gift of God I am not prepared to deny, but want to acknowledge and confess."

With these facts in mind, it should be quite clear how those who followed Luther’s eventual conclusions (the core of which are faith alone and Scripture alone) are simply following the machinations, inventions and discoveries of a man.  They are following the inventions of a man who was guided and used by the Devil to create a false version of “Christianity” which would lead countless people astray.

excerpted from: Some Facts about Martin Luther, The Originator of Protestant “Christianity”

by Brother Peter Dimond, May 12, 2009 https://vaticancatholic.com/martin-luther/ 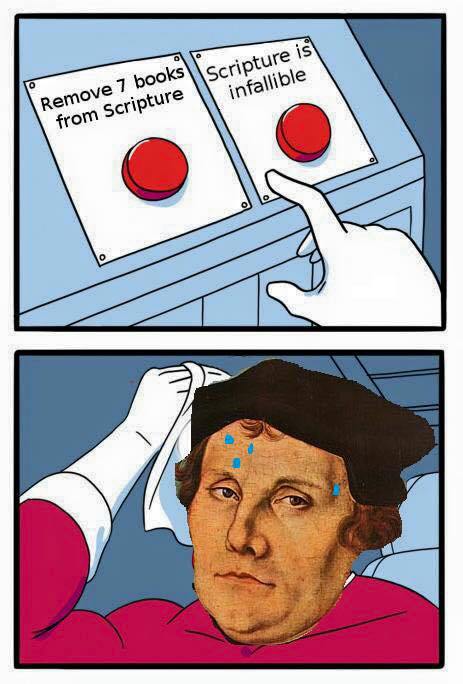 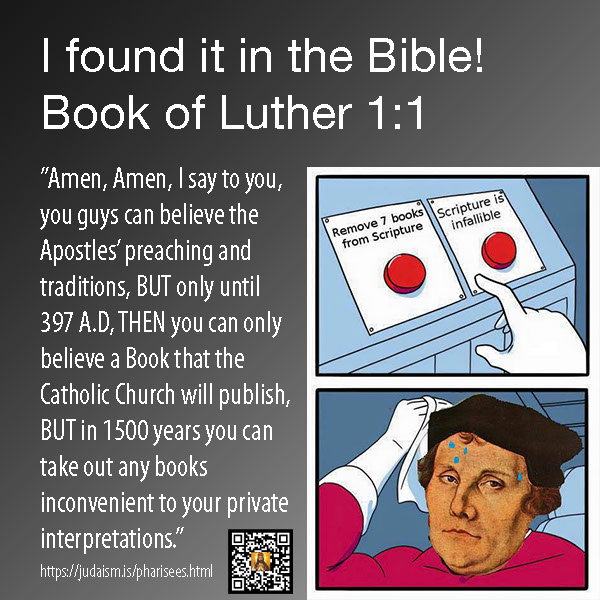 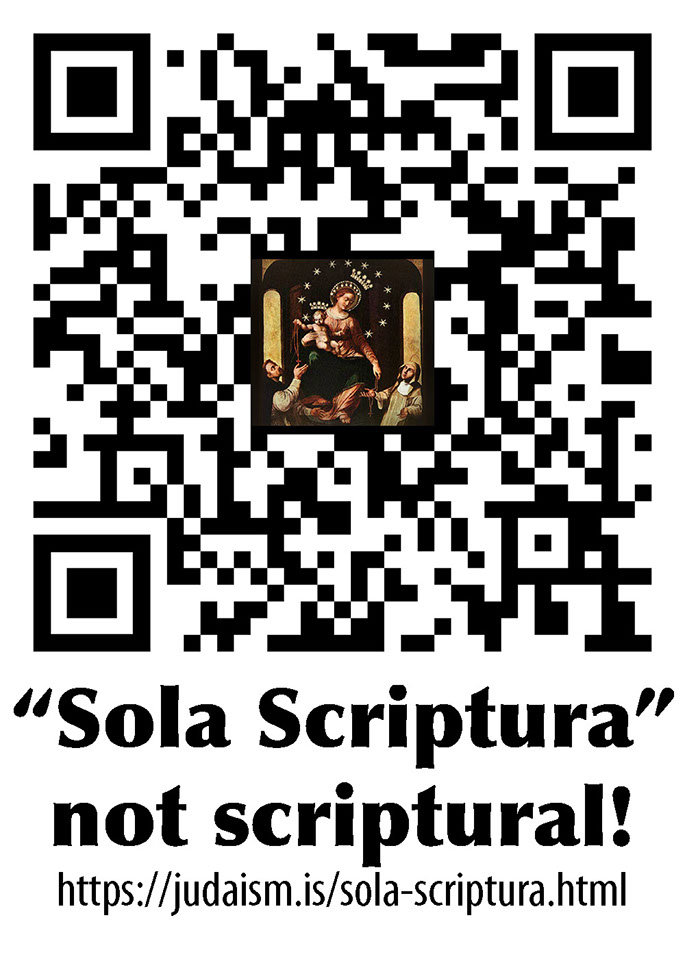 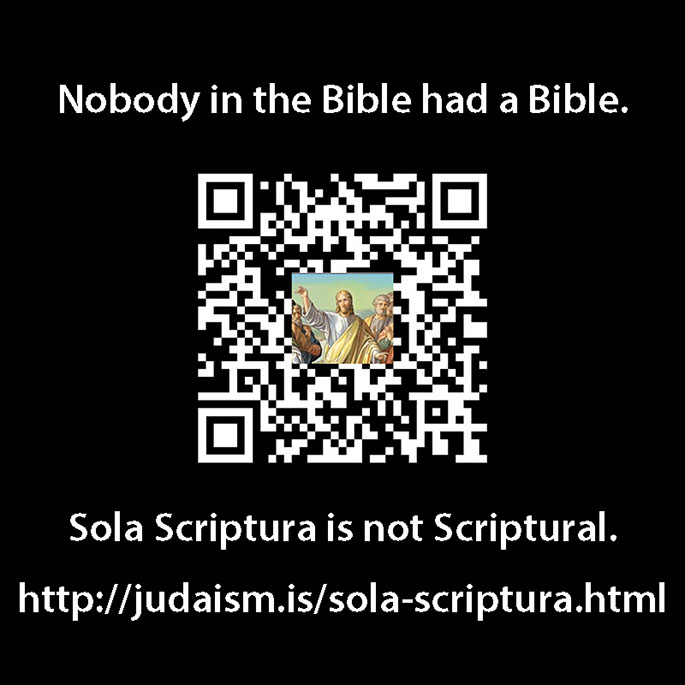 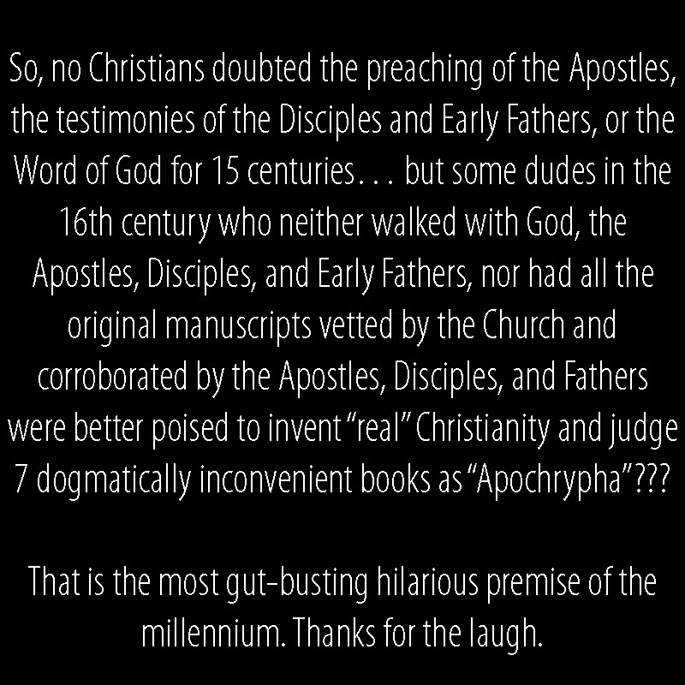