And on the first day of the week, when we were assembled to break bread, Paul discoursed with them, being to depart on the morrow: and he continued his speech until midnight.

Let no man therefore judge you

in meat or in drink, or in respect

of a festival day, or of the new moon,

or of the sabbaths,

Which are a shadow of things to come,

but the body is of Christ.

The unifying truth of the Bible is the Salvation bought by Jesus Christ’s victory on His Cross despite the history of the Hebrews’ perfidy, disobedience, and eventual Deicide.  God promised a New Covenant unlike the Old Covenant because the Old Covenant was weak, unprofitable, and had been voided by the disobedient Hebrews. They knowingly killed Jesus the Messiah who bore the perfect promised New Law. He came because only His Sacrifice could propitiate sin and bring the only law that can save, the New Law.

…and deny the New Testament:

The most Judaized Protestants breathlessly accuse Catholics of paganism for worshiping on “SUNday,” as though we secretly engage in pagan sun worship. They usually and wrongly blame the change on that favorite bogeyman of the Protestants, Constantine. Emperor Constantine established a civil day of rest, a convenience for Christians who had long worshiped on Sunday. Somehow these “Bible Believers” failed to notice that when St. Paul recited the commandments of the New Covenant in Romans 13:1-14, there was no longer mention of worship on the seventh day because it had already been put aside with the dietary laws and other dead letters of the Mosaic Law.

St. Ignatius of Antioch , Epistle to the Magnesians, no. 9, 110 A.D.: “If then they who walked in ancient customs came to a new hope, no longer living for the Sabbath, but for the Lord’s Day, on which also our life sprang up through him and His death – though some deny Him – and by this mystery we received faith, and for this reason also we suffer…”

Mentioned four times in the Gospel of St. Matthew, God Himself gave the authority to St. Peter and his successors to bind and loose “whatsoever”: Matthew 16:19 and Matthew 18:18.

[b]used to emphasize a lack of restriction in referring to any thing or amount, no matter what[/b]: [ as pronoun ] : do whatsoever you like | [ as determiner ] : take whatsoever action is needed.

• regardless of what: [ as pronoun ] : you have our support, whatsoever you decide | [ as determiner ] : whatsoever decision he made I would support it.

And with that God-given authority, Sunday worship by Christians was established while St. Paul and St. John the Apostle were still alive in the first century A.D., three centuries before Constantine. Recall too that it is Peter and his successors who were given the keys to bind and loose by God Himself (Matthew 18:18). With that authority, the Church changed the day of worship:

“Let no man therefore judge you in meat or in drink, or in respect of a festival day, or of the new moon, or of the sabbaths,   Which are a shadow of things to come, but the body is of Christ.   Let no man seduce you, willing in humility, and religion of angels, walking in the things which he hath not seen, in vain puffed up by the sense of his flesh,   And not holding the head, from which the whole body, by joints and bands, being supplied with nourishment and compacted, groweth unto the increase of God.   If then you be dead with Christ from the elements of this world, why do you yet decree as though living in the world?   Touch not, taste not, handle not:   Which all are unto destruction by the very use, according to the precepts and doctrines of men.   Which things have indeed a shew of wisdom in superstition and humility, and not sparing the body; not in any honour to the filling of the flesh.”

Notes from the Douay-Rheims:

[16] In meat: He means with regard to the Jewish observations of the distinction of clean and unclean meats; and of their festivals, new moons, and sabbaths, as being no longer obligatory.

[18] Willing: That is, by a self willed, self invented, superstitious worship, falsely pretending humility, but really proceeding from pride. Such was the worship, that many of the philosophers (against whom St. Paul speaks, ver. 8) paid to angels or demons, by sacrificing to them, as carriers of intelligence betwixt God and men; pretending humility in so doing, as if God was too great to be addressed by men; and setting aside the mediatorship of Jesus Christ, who is the head both of angels and men. Such also was the worship paid by the ancient heretics, disciples of Simon and Menander, to the angels, whom they believed to be makers and lords of this lower world. This is certain, that they whom the apostle here condemns, did not hold the head, (ver. 19,) that is, Jesus Christ, and his mediatorship; and therefore what he writes here no way touches the Catholic doctrine and practice, of desiring our good angels to pray to God for us, through Jesus Christ. St. Jerome [Epist. ad Algas.] understands by the religion or service of angels, the Jewish teachers, who sought to subject the new Christians to the observance of the Mosaic law.

[21] Touch not: The meaning is, that Christians should not subject themselves, either to the ordinances of the old law, forbidding touching or tasting things unclean; or to the superstitious invention of heretics, imposing such restraints, under pretence of wisdom, humility, or mortification.

Is Saturday or Sunday the Holy Day?

Ezechiel 8:16-18 specifically damns it as an abomination in the eyes of God, but the rabbis continue it to this day:

“And he brought me into the inner court of the house of the Lord: and behold at the door of the temple of the Lord, between the porch and the altar, were about five and twenty men having their backs towards the temple of the Lord, and their faces to the east: and they adored towards the rising of the sun.   And he said to me: Surely thou hast seen, O son of man: is this a light thing to the house of Juda, that they should commit these abominations which they have committed here: because they have filled the land with iniquity, and have turned to provoke me to anger? and behold they put a branch to their nose.   Therefore I also will deal with them in my wrath: my eye shall not spare them, neither will I shew mercy: and when they shall cry to my ears with a loud voice, I will not hear them.” 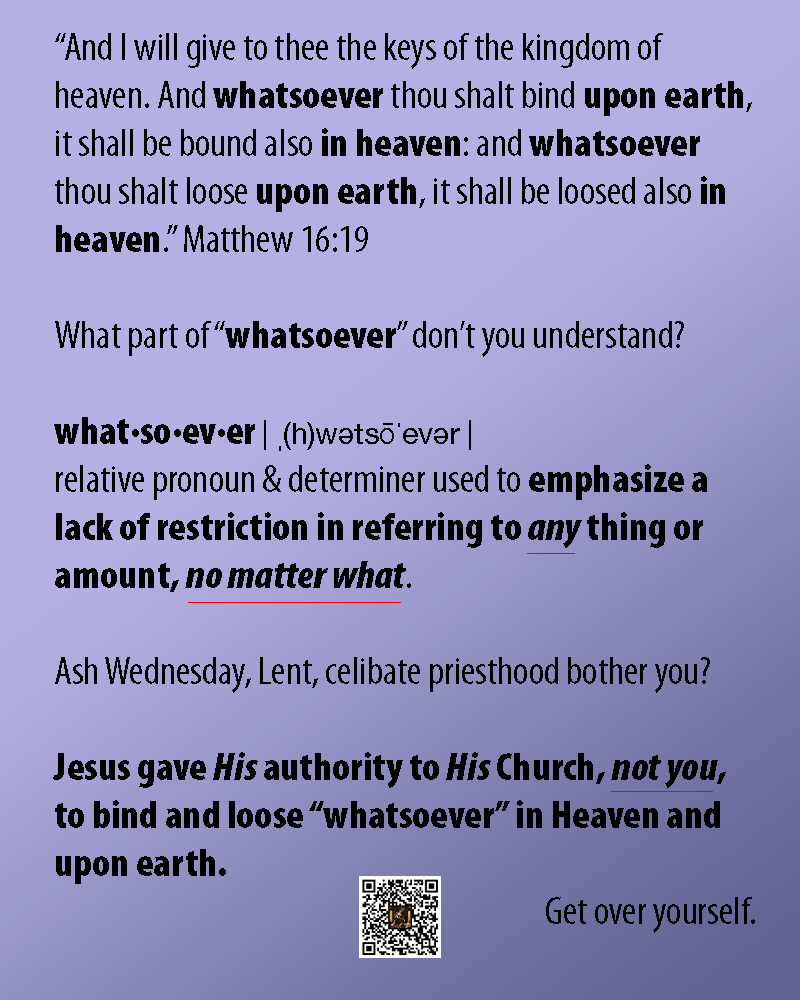 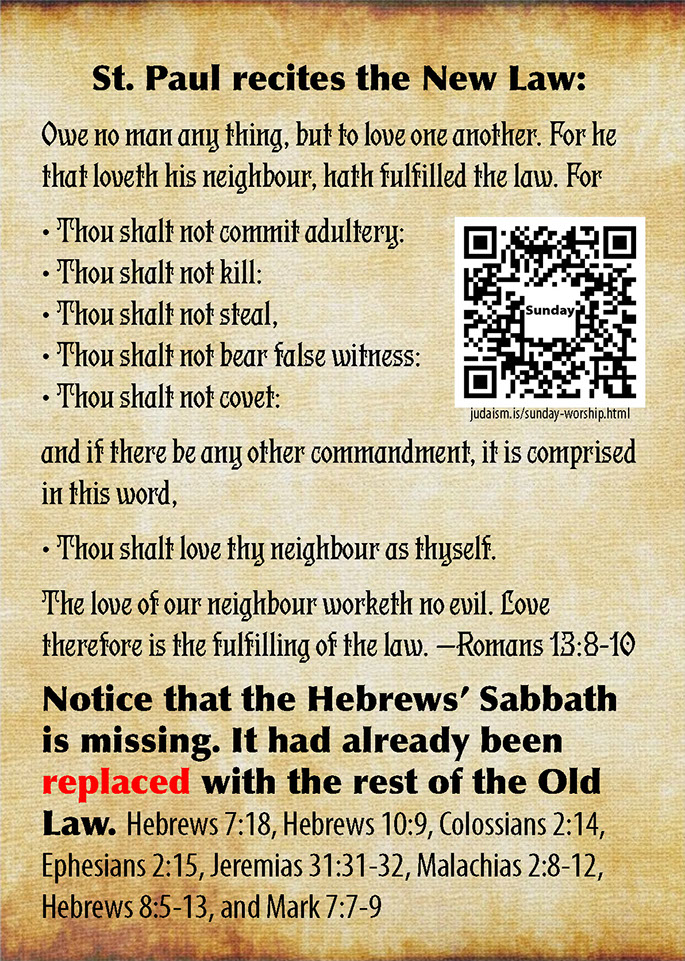 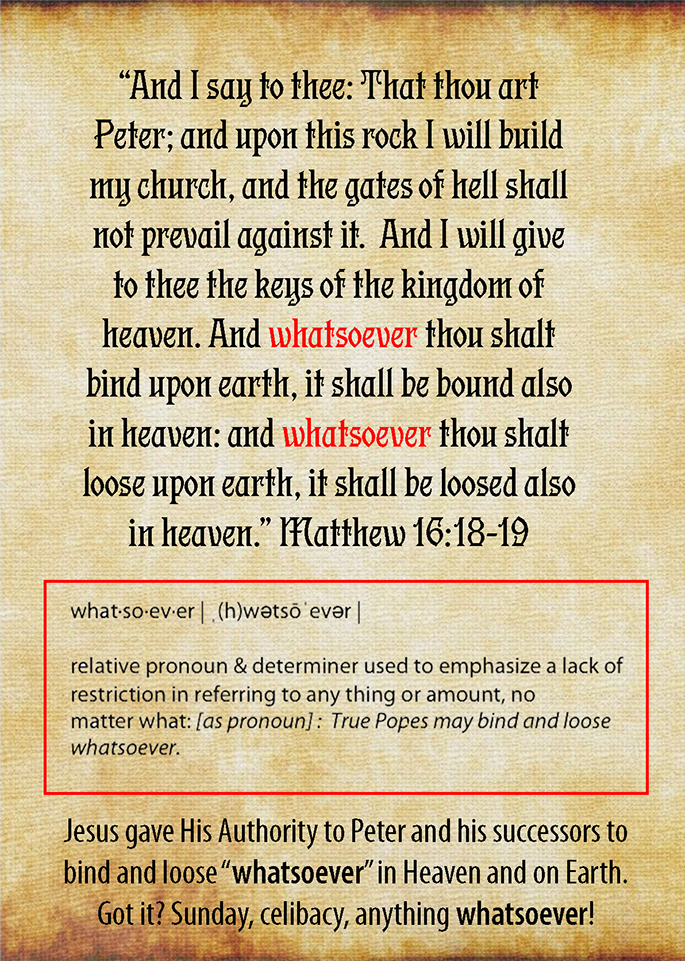 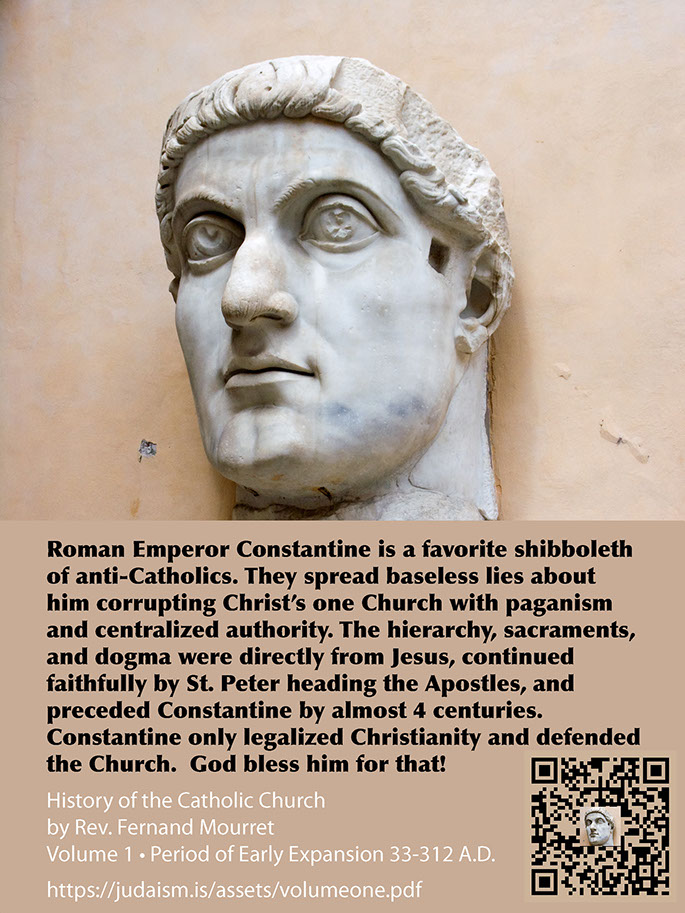 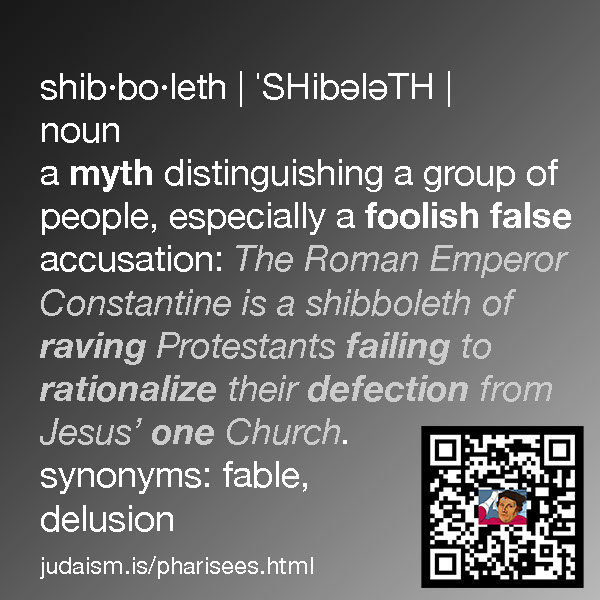 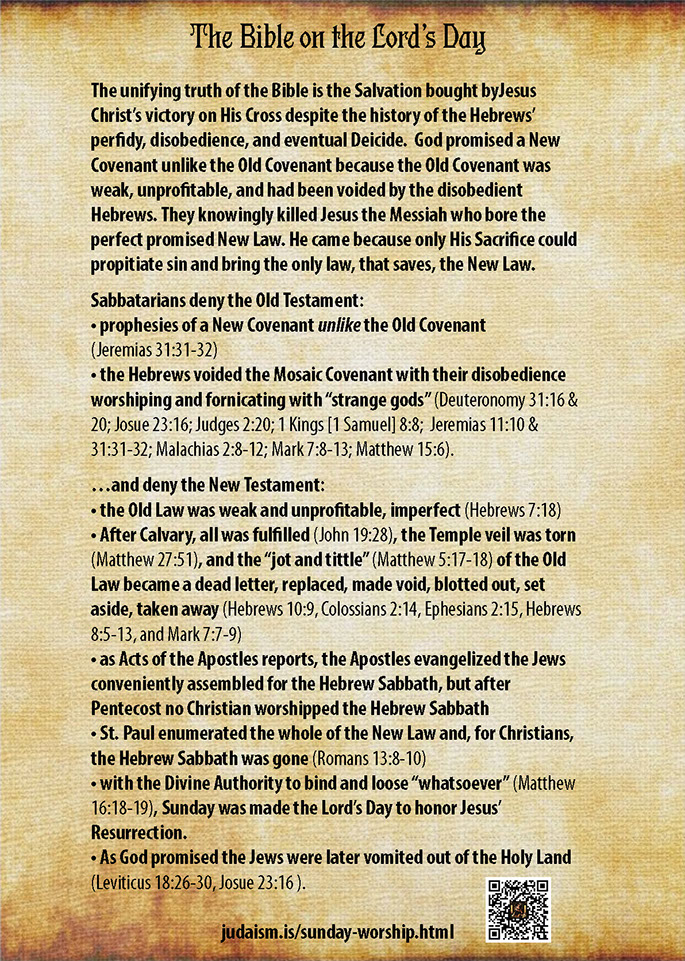 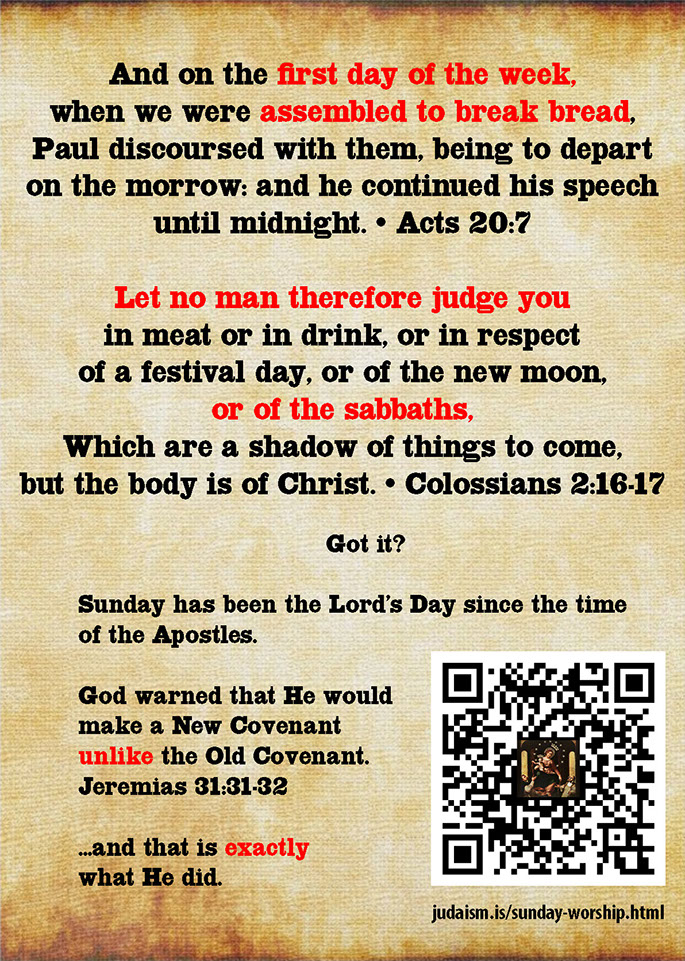