“All property of other nations belongs to the Jewish nation, which, consequently, is entitled to seize upon it without any scruples.”

Jewish commerce can be characterized by two manifestations: 1) it is based on the exploitation of the work of others without any productive activity of its own and 2) it is characterized by gambling and speculation on the differential in values as the way to achieve riches.

Oy veh! Another Cohencidence! The swindlers are at it again… and again…

“Beside the fact that they’re anti-mental health and anti-black, they’re probably anti-Jew because I’m an ordained rabbi”

Also tied to the College Admissions scandal with other Jews

“The government unsealed the records after deciding not to take on the case, but the whistleblower may proceed with her private lawyers, and the Department of Justice may decide to intervene later on. If she wins her case, the government will still collect damages.… Rabbi Yudi Mann, the institute’s marketing and study abroad manager, allegedly struck deals with yeshivas and seminaries in Israel to purchase demographic information about students, which staff then used without their knowledge to create dummy profiles and “enroll” them in fake classes at Michigan Jewish Institute. The institute also allegedly “invented fictitious students,” according to the complaint. The students’ information would allegedly be used to apply for Pell Grants, a form of federal financial aid for college tuition. The grant money would be shared between Michigan Jewish Institute and the participating yeshiva or seminary.”

Interesting. $40 million fraud and no prosecution. Such a deal!

“Jewish donors opened their pocketbooks wide to Maryland Rabbi Menachem Youlus, the self-proclaimed “Jewish Indiana Jones.” He spun cloak-and-dagger tales of ‘rescuing’ sacred Torah scrolls lost during the Holocaust, but those tales were lies. …admitting he made up his thrilling adventures. Despite Youlus’s claims that he found holy relics at concentration camps, in monasteries and in mass graves, passport records show he never traveled to Europe. Rather, prosecutors said, Youlus bought old Torahs from local dealers who made no claims the scrolls had Holocaust-related historic value.… Prosecutors said in a 43-page sentencing memo that Youlus was motivated by greed. They found he had used his fabricated tales to raise $1.4 million for his charity. As recently as a few weeks ago, they said, he was liquidating and reassigning his considerable assets to avoid paying restitution.…”

A Cure for Cancer? Israeli Scientists may have found one

“We believe we will offer in a year's time a complete cure for cancer.… Our results are consistent and repeatable.”

The ‘Complete’ Cancer Cure Story Is Both Bogus and Tragic

“the company has not conducted a single trial in humans or published an ounce of data from its completed studies of petri dish cells and rodents in cages. Under normal drug development proceedings, a pharmaceutical startup would submit such preclinical work to peer review to support any claims and use it to drum up funding for clinical testing. AEBi’s PR move might be an attempt at a shortcut. In an interview on Tuesday, the company’s founder and CEO, Ilan Morad, told the Times of Israel that lack of cash flow is the reason AEBi has elected not to publish data.”

“CTS Labs, a Tel Aviv-based hardware security company announced the vulnerabilities [of certain AMD processors, competitors against the Meltdown and Spectre-compromised Intel processors] on a sleek ad hoc website and in videos published Tuesday. The company also published a white paper that explains what the vulnerabilities are without including their full technical details. Among the most explosive claims in the white paper is the idea that there are ‘an array of hidden manufacturer backdoors inside AMD’s Promontory chipsets’ and “the Ryzen and Ryzen Pro chipsets, currently shipping with exploitable backdoors, could not have passed even the most rudimentary white-box security review.”

Can AMD Vulnerabilities Be Used to Game the Stock Market?

“A shady financial firm tried to bury and short sell AMD-based on several security vulnerabilities discovered by CTS Labs. But the tactic appears to have failed….The researchers, who work for CTS Labs, only reported the flaws to AMD shortly before publishing their report online. Typically, researchers give companies a few weeks or even months to fix the issues before going public with their findings. To make things even stranger, a little bit over 30 minutes after CTS Labs published its report, a controversial financial firm called Viceroy Research published what they called an ‘obituary’ for AMD. ‘We believe AMD is worth $0.00 and will have no choice but to file for Chapter 11 (Bankruptcy) in order to effectively deal with the repercussions of recent discoveries,’ Viceroy wrote in its report. CTS Labs seemed to hint that it too had a financial interest in the performance of AMD stock. ‘We may have, either directly or indirectly, an economic interest in the performance of the securities of the companies whose products are the subject of our reports,’ CTS Labs wrote in the legal disclaimer section of its report.”

A rabbi was among seven people arrested in connection with an alleged $14 million scam to steal funds earmarked for Orthodox yeshivas in New York state's Rockland County. The suspects arrested Wednesday afternoon are accused of requesting funding for Hasidic schools through a federal school technology funding program for underprivileged students, NBC New York first reported. The internet is banned in the insular schools for which the funds were requested. Those arrested, from heavily haredi Orthodox Monsey and the Satmar Hasidic village Kiryas Joel, allegedly bilked the E-Rate program funded by the Federal Communications Commission. They posed as consultants and vendors to obtain the funds, but never provided the funded services. The scam took place from 2010 to 2016.

Is Israel Turning a Blind Eye as Israeli Scammers Swindle Victims in France, US, Elsewhere?

Investigations reveal a pattern of Israeli officials stone-walling efforts to stop the perpetrators of massive financial swindles in various countries, from Europe to the US to the Philippines… While some Israeli reporters work to expose the scams, a new one is already underway
http://www.unz.com/article/is-israel-turning-a-blind-eye-as-israeli-scammers-swindle-victims-in-france-us-elsewhere/

Thanks to Government Inaction, Israel Has Become a Haven for International Scammers and Fraud

French and Israeli media report that a group largely made up of Israelis scammed 3,000 French citizens out of approximately $20 million. Most of the stolen money is in Israel, but Israeli authorities are reportedly failing to cooperate with France in prosecuting the scammers and retrieving the money. This is the latest of numerous examples of Israeli officials stonewalling international efforts against the perpetrators of massive financial swindles around the world, according to Israeli investigative journalists and others. These scams have brought estimated billions into the Israeli economy, propping up a regime widely condemned for human rights abuses and ethnic cleansing against indigenous Palestinians. Together, the stories paint a picture of a government that seems to be turning a blind eye to - and even protecting - scammers. [and pedophiles!] 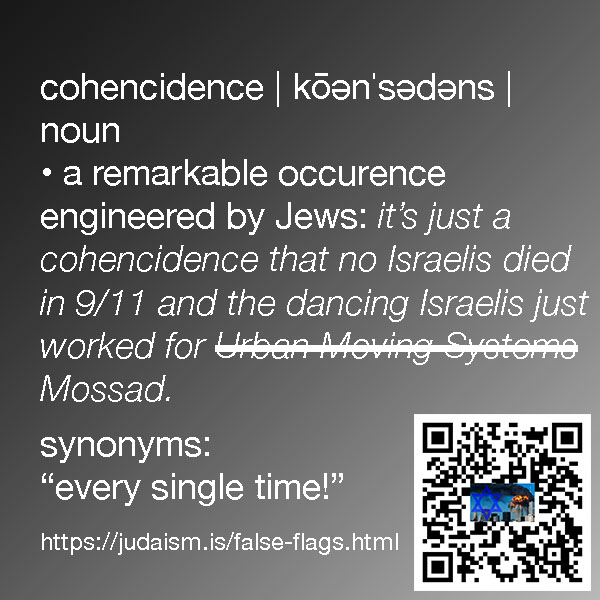 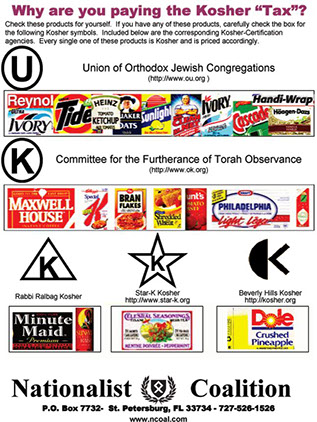